It is raining cheap droids. After the Indian electronics companies are giving their flagship Android powered smartphones their due share of attention, they are shifting their focus to the entry level smartphones simply because the entry level droids are way more affordable and the volumes in this segment are so much that you simply can not ignore this segment. Recently Spice announced the Spice Smart Flo mi-351 and now Micromax has announced its rival, the Micromax A27 at a price of Rs.3,399 and it undercuts its rival by Rs.300 in terms of pricing.

The Micromax A27 Ninja had first made its appearance at the company’s website a few days ago and the official launch was on the cards. The smartphone is available on Saholic.com for you to purchase. The A27 comes with a 3.5 inch capacitive display which has a resolution of 480 x 320 pixels. The device will run on a slightly outdated Android version, Android 2.3 Gingerbread but given the price at which it comes, we did not really expect Android 4.1 Jelly Bean either. 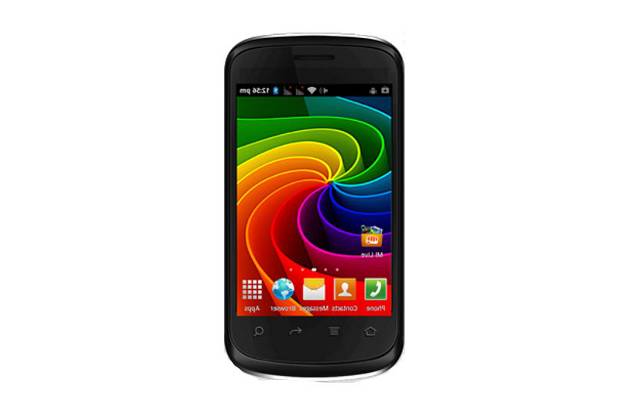 The device will run on a 1 GHz Spreadtrum single core processor and will with a nice gimmick which the company is calling as ‘Swipe and Share’ and with this feature you can share almost everything with other Android powered devices with a mere ‘Swipe’. The device comes with a well rounded off connectivity package and gets Bluetooth 2.1, Wi-Fi 802.11 b/g, micro USB and 3G support is absent from the device. At the back is a VGA camera which we think would be of hardly any use in daily usage.

The entry level smartphone comes with a RAM capacity of 256 MB with the internal storage being 160 MB which can be expanded by upto 32 GB via a microSD card. Battery capacity is 1,400 mAH which is claimed to come with 4.5 hours of talk time and 260 hours of standby time. It will come with a dual-sim support much like every Indian droid and the handset comes as a result of the partnership between Spreadtrum and Micromax. It cuts corners to keep the pricing low and is indeed worth considering if you intended on buying a feature phone instead. Micromax indeed is Nothing like Anything.