Micromax disclosed their plans of launching 30 new devices for the Indians this year and as per their promise, they’ve started the onslaught. First was the Micromax A116 and now they’ve laid their eyes on the budget smartphone segment. Micromax has just launched Micromax A54 Smarty and even though Micromax has not released it officially, but it has made its way on to the online stores and is listed as In Stock so you can lay your hands on one too.

Micromax A54 is priced at Rs.4,599 and can be bought from flipkart. The budget smartphone runs on a relatively old Android version which is the Android 2.3 Gingerbread but ICS at this price would have been too much to ask for. The device comes with a 3.5-inch HVGA capacitive display with a resolution of 480 x 320 pixels. The heart is a single core 1 GHz Qualcomm processor which will give it enough processing power to give the budget smartphone users enough capabilities to multitask. 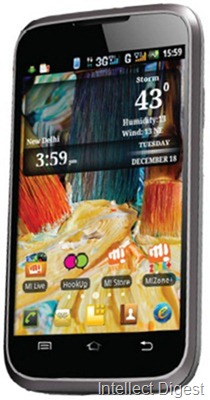 It gets a 3.0 MP snapper at the back and it gets Bluetooth, Wi-Fi and microUSB support for the connectivity options. RAM will stand at 256 MB and we did not expect 1 GB either. There is a microSD card slot too for expanding the memory. And last but not the least, the device will get juice from a 1,300mAH battery and seeing the remaining spec sheet, we believe it will last more than a day and a half. 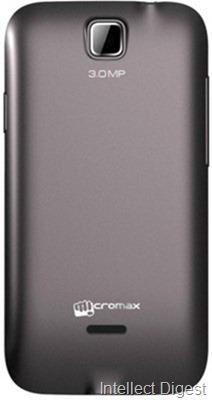 Micromax has been the true face of Indian mobiles. They brought in the dual SIM functionality at a budget when they first came to the mobile scenario, but who would have thought that one day the company will be competing with the likes of the Samsung in some mobile computing segments. For instance, they are giving Samsung a hard time in maintaining the number 1 spot for the tablet shipments. Soon, Micromax will be the number 1 tablet maker in the country, overtaking the Korean giant. How about it overtaking them even in the smartphone arena?