At a press event in New Delhi on 20th March 2014 announced the launch of 4 new products with MediaTek Chipset and Aircel Data and voice packs which offers free data and other benefits to the customers who buy these devices. The four devices announced include 1 data card, 1 Funbook series tab and two phones. To be precise, these are- MMX 377G (Dongle with 14Mbps support), Funbook Mini 410i, A090 (3G Smartphone) and X070 (feature phone with data). 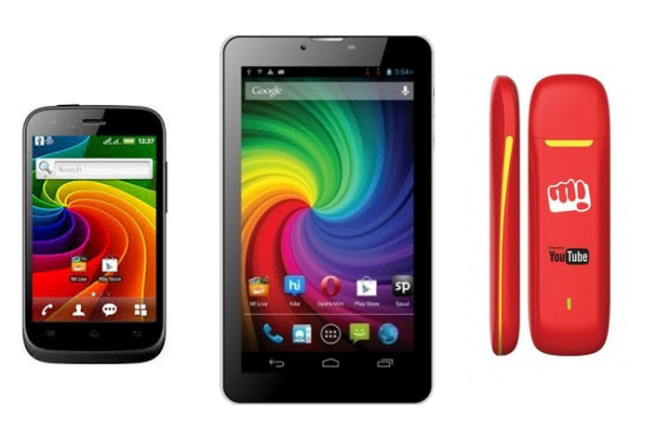 The key benefits for the customers is as below: