Motorola is all set to launch a new E-series smartphone. It will be the successor of the Moto E5 handset. The Moto E6 has been spotted online with Snapdragon 430 SoC, 13MP rear camera, and Android Pie OS. Additionally, it is tipped to feature a textured back panel and a 3.5mm audio jack. Read more to find about Motorola Moto E6 Price in India, Specifications, and Features 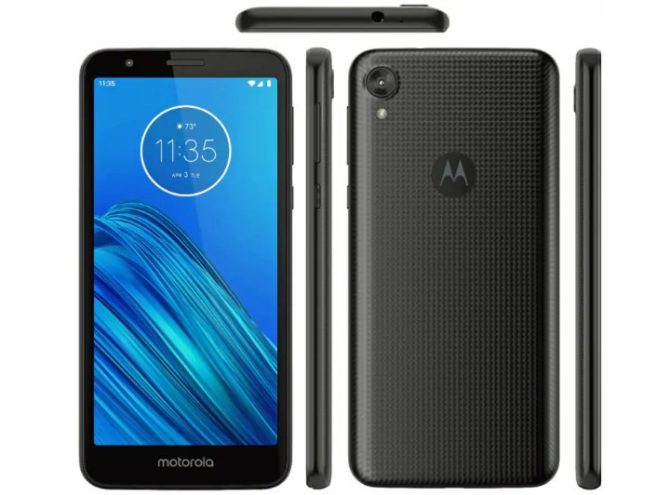 As of now, there is no information about the Indian price and launch date of the Moto E6.

According to recent leaks and rumors, the Moto E6 will sport a 5.45-inch display with HD+ (720 x 1440 pixels) resolution. It will reportedly be powered by an octa-core Snapdragon 430 processor along with 2GB RAM and 32GB/ 64GB internal storage.

In terms of optics, the Lenovo-owned handset is tipped to sport a 13-megapixel rear camera (f/2.0 aperture) and a 5-megapixel front camera. It is likely to run Android 9 Pie operating system.

The budget smartphone has also been spotted with a textured back panel. Additional features will include a 3.5mm headphone jack and a fingerprint sensor.

Bookmark this page for regular updates.

The Moto E5 smartphone is available in India at Rs 7,045. It was launched in Fine Gold and Flash Grey color options. The budget handset comes with a 5.7-inch touchscreen display with a resolution of 720 x 1440 pixels. It is powered by a 1.4GHz quad-core Snapdragon 425 processor along with 2GB RAM and 16GB internal storage (expandable up to 128GB).

What do you think of the specs and features of the Moto E6? Share your views with us in the comments section below.