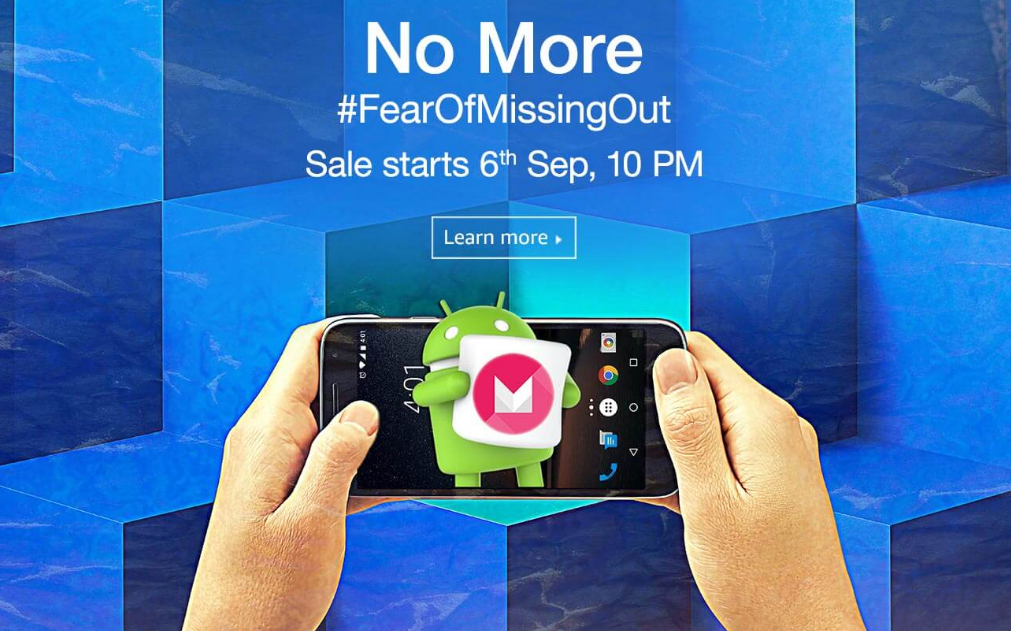 As for specifications, the Moto G4 Play packs a 1.2GHz quad-core Snapdragon 410 processor paired with 2GB of RAM and Adreno 306 GPU. The phone sports a 5-inch HD display with 1280×720 pixels resolution and runs Android 6.0.1 Marshmallow operating system. It houses 16GB of internal memory with expandable support up to 128GB via microSD card.

For photography lovers, it comes with an 8 mega pixel rear camera with LED flash and  f/2.2 aperture. There is also a 5 mega pixel front facing camera with f/2.2 aperture for capturing selfies and making video calls. The dual SIM phone is backed up by a 2800mAh battery and offers 4G LTE, Wi-Fi, Bluetooth and GPS as connectivity options. It measures 144.4x72x8.95-9.9 mm and weighs 137 grams. The Moto G4 Play carries a price tag of Rs. 8,999 and will go on sale exclusively via online retailer Amazon India starting today (September 6, 2016) at 10:00 PM. There is a dedicated page on Amazon India announcing the availability details of the phone.