Motorola recently launched its Moto G4 smartphone in India. Priced at Rs. 12,499, it is a direct competitor to the likes of Samsung Galaxy J5 2016 and Xiaomi Redmi Note 3. If you are going to buy a new smartphone, and are confused among these three, then we are here to help you. In this post, we have pitted the three phones against each other to help you with the purchase decision. Read on to find out how Moto G4 vs Samsung Galaxy J5 2016 and Xiaomi Redmi Note 3 compare with each other in terms of design, specifications, features and price (with video). 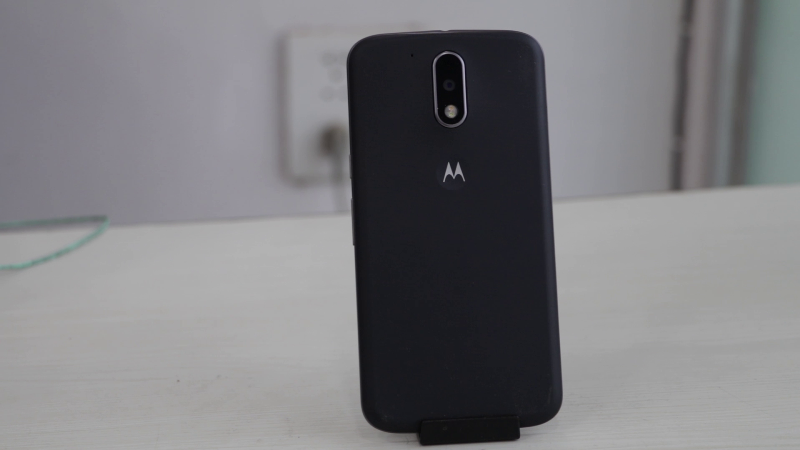 The Moto G4 features plastic body with rounded frame. It comes with water repellent nano-coating and has a textured rear panel for better grip. The Galaxy J5 2016 takes its design cues from other smartphones in Samsung’s Galaxy series. It comes with a plastic back with matte finish and features metal frame along the edges. Redmi Note 3 features all metal design with brushed aluminium finish which looks very premium. It is more curved on the rear and has rounded edges.

Overall build quality of all the three phones is impressive and they look very stylish while holding in hand. Yet, if we had to pick one out of these three, then we would go for Redmi Note 3 for its premium metal design. But if you are looking for a phone with plastic build, then you can choose any of the other two devices if you are looking for a plastic body phone. However, with Moto G4 you will get an added advantage due to its splash repellent design.

The Redmi Note 3 takes great images with both front and rear cameras in outdoors as well as indoors. The rear camera resolution of other two phones is lower than Redmi Note 3, yet the quality of images taken with them is great.

As for front, Redmi Note 3 takes excellent selfies. The front camera the Galaxy J5 2016 does a better job in capturing low light selfies due to its front LED flash. Moto G4 also takes decent quality selfies with its front camera.

So, in this round, the Redmi Note 3 outshines the other two phones due to its excellent camera capabilities. The Moto G4 and Galaxy J5 2016 have lower resolution rear cameras compared to Redmi Note 3, yet they manage to come close with their good quality images.

On testing these phones on AnTuTu benchmarks, we got scores of around 71000 for Xiaomi Redmi Note 3, 45000 for Moto G4 and 27000 for Samsung Galaxy J5 2016. All three phones offer smooth gaming and multitasking experience. Performance of Redmi Note 3 feels very powerful than the other two phones which perform moderately.

So, in this round, the Redmi Note 3 certainly outshines other two phones with Moto G4 following it closely.

The Moto G4 comes bundled with a Turbo charger which is said to offer 6 hours of power with 15 minutes of charging. The Redmi Note 3 does has an edge over the Galaxy J5 2016 and Moto G4 due to its higher battery capacity.

Redmi Note 3 is heavily customized and offers a lot of  customization. The Moto G4 comes with several features like Pick up the phone to stop it from ringing, Flip the phone for do not disturb mode and Moto Display that shows notifications every time you pick up the phone.

If you are a fan of customization, then you should go for the Redmi Note 3 as it offers a lot of customized themes and features. You can opt for Moto G4 or Galaxy J5 2016 if you are looking for a phone with clean interface.

The Galaxy J5 2016 supports NFC and comes with an S Bike mode that turns the phone into a bikers phone to avoid distraction. It avoids distraction of the bikers due to incoming calls and helps them to concentrate on the road.

The Xiaomi Redmi Note 3 comes with a fingerprint sensor on the rear for additional security. It also features an IR blaster that allows users to control compatible appliances.

Moto G4 features water repellent nano-coating and comes bundled with a Turbo charger which is said to offer 6 hours of power with 15 minutes of charging.

Xiaomi Redmi Note 3 clearly stands out in this comparison. It is priced the lowest among the three and offers higher battery capacity, better camera combination as well as premium metallic design with fingerprint scanner. If you are looking for a splash resistant phone with decent performance, then you should opt for Moto G4. If you are looking for a device that offers you biker friendly features, then Galaxy J5 appears to be a better pick.