Motorola has finally announced the Moto G5S and G5S Plus. The new smartphones are essentially an upgraded version of the Moto G5 and G5 Plus. Both devices come with several upgrades including a larger display, premium build, and dual rear cameras. Read more to find about Moto G5S, Moto G5S Plus Price in India, Specifications, and Features 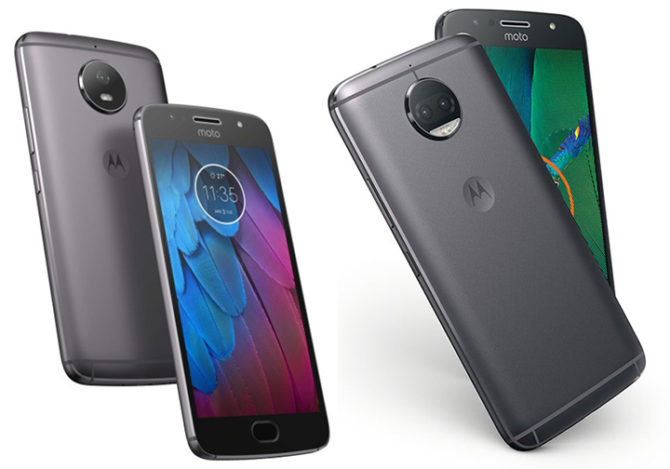 The Moto G5S sports a 5.2-inch display with Full HD resolution (1080p). It is powered by an octa-core Snapdragon 430 processor and 3GB RAM. The 32GB internal storage can be further expanded up to 128GB via a hybrid microSD card slot.

On the camera front, the new Moto G5S sports a 16-megapixel rear camera with f/2.0 aperture and a LED flash. The 5-megapixel front camera comes with wide-angle lens and an LED flash. The front flash was absent on the Moto G5. The 3000mAh battery supports TurboPower charging technology that offers 5 hours of battery life in just 15 minutes.

The Moto G5S Plus offers slightly better specs and features than the Moto G5S. It features a 5.5-inch display with Full HD resolution. The new handset is powered by a 2.0 GHz octa-core Qualcomm Snapdragon 625 CPU and 3GB RAM. It also runs Android Nougat operating system.

On the camera front, the Moto G5S Plus sports a dual camera set up (13-megapixel + 13-megapixel) with f/2.0 aperture, camera modes, and 4K video recording. There is also an 8-megapixel front camera onboard. It is also backed by a 3000mAh battery.

The new smartphones feature decent improvements compared to the Moto G5 and Moto G5 Plus. The dual rear camera setup on the Moto G5S Plus makes it quite attractive in its price segment. The mid-range smartphone will be taking on the likes of Honor 8, Lenovo Phab 2 Plus, and Coolpad Cool 1 Dual. Do the new upgrades make the Moto G5S and Moto G5S Plus a smart buy? Let us know in the comments section below.