Motorola is upgrading its G5 series of smartphones with the launch of Moto G6. Several leaks revealing the design and specifications of the upcoming series have already started popping online. Now, the upcoming smartphone has been spotted on potted on TENAA Certification Site. It is tipped to sport a sleek metal frame, 5.7-inch display, and dual rear cameras. Read more to find about Moto G6 Price in India, Specifications, and Features 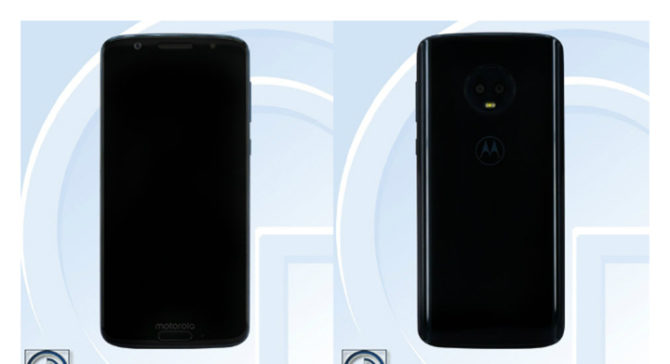 According to the TENAA listing, an upcoming Motorola handset (believed to be Moto G6) sports a 5.7-inch display. It is tipped to come with full-HD+ (1080 x 2160 pixels) resolution. Additional features include Android OS, dual rear cameras, and 3000mAh battery.

The dual camera setup on the back is tipped to combine a 12-megapixel primary sensor with a 5-megapixel secondary camera. The handset will also feature a 16-megapixel front camera for selfies and video calling.

Also read: Celkon UniQ With 16MP Rear Camera Launched At Rs 8,999 – All You Need To Know

In terms of design, the Moto G6 is expected to sport similar elements as the last year’s Moto X4. A sleek metal frame will be accompanied by a horizontally-aligned dual camera setup on the back. It is said to measure 154.5 x 72.2 x 8.3mm. Connectivity options will include 4G LTE, Bluetooth, GPS, dual-SIM, and Wi-Fi.

The new handsets are set to feature several upgrades over their predecessors. Recently, the company launched its Moto Z2 Force Limited Edition smartphone in India. It is priced at Rs 34,999 and comes bundled with a TurboPower Pack Moto Mod (worth Rs 5,999).