After Moto G5 Plus, leaks about another Motorola smartphone have started making rounds over the internet. A new smartphone codenamed as Motorola XT1650, has appeared on benchmarking website- Geekbench, revealing its key specifications and features. It is expected to be Lenovo backed Motorola’s upcoming smartphone, called the Moto Z 2017. 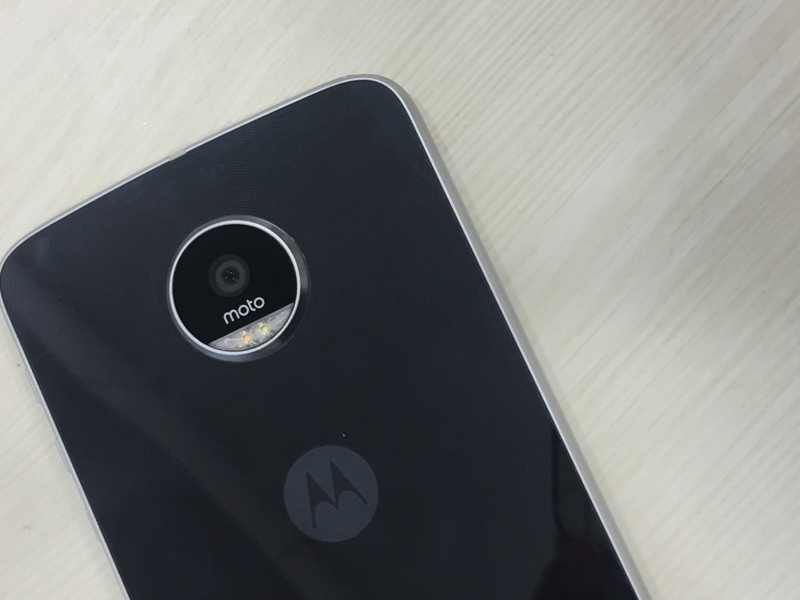 As per the Geekbench listing, the forthcoming Moto Z 2017 will pack high-end specifications. It will come with a Qualcomm Snapdragon 835 chipset paired with 4GB of RAM. The phone will run Android 7.1.1 Nougat operating system. The listing also reveals the benchmarks scores of the device. The Moto XT1650 has a single-core score of 1930 and multi-core score of 6207 points on Geekbench. Rest of the specifications are not known as of now and are likely to be revealed in the coming days. 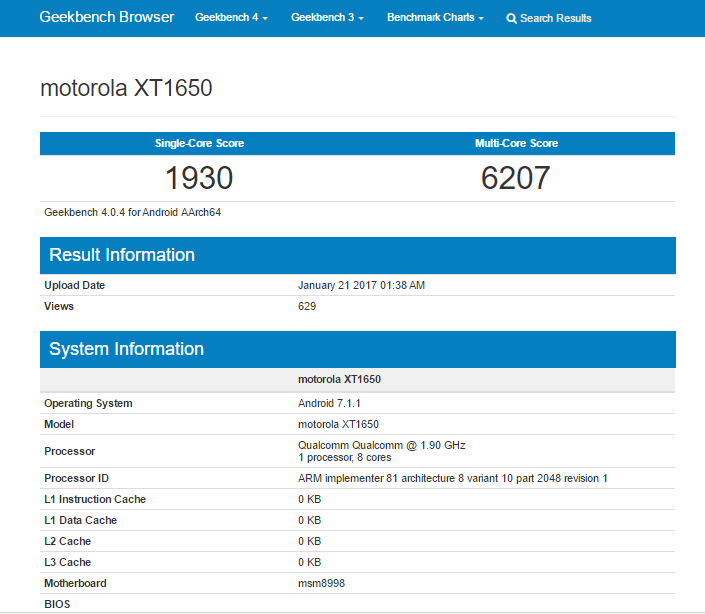 Although the Motorola XT1650 is rumored to be the upcoming Moto Z 2017 smartphone, yet we would suggest you to take this information with a pinch of salt as the company has not yet made any official announcement about the same.

Lenovo and Motorola also seem to be gearing up for the launch of Moto G5 Plus smartphone. An unannounced Moto smartphone with model number XT1685 is available to buy as Moto G5 Plus through OLX Romania. As per the listing, the G5 Plus comes with an octa-core Qualcomm Snapdragon 625 processor clubbed with Adreno 506 GPU. It features a 5.5-inch full HD display and runs Android 7.0 Nougat operating system. Other specifications include 4GB of RAM, 32GB internal memory, 13 mega pixel rear camera, 5 mega pixel front camera and a 3080mAh battery.

There is no word on pricing and availability of the Moto Z 2017 as of now. We expect more details to surface in the coming days. Stay tuned with us for more developments on this story!