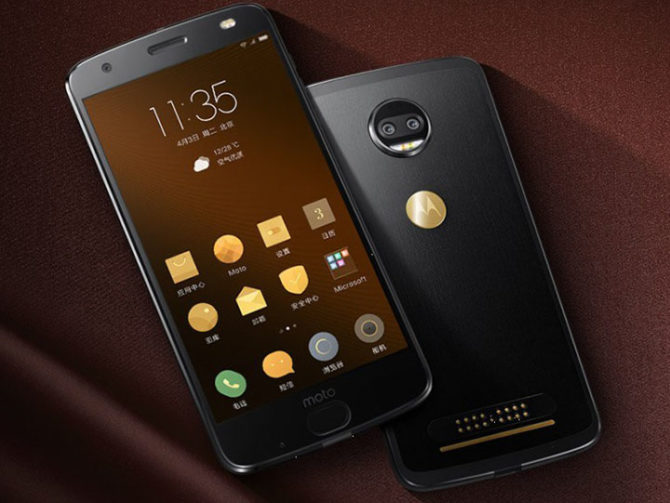 The Moto Z 2018 Kingsman Edition is officially launched in China. The VIP special edition handset is priced at RMB 9,999 (approx Rs 97,700) which is way more expensive than the previous models. The Moto Z 2018 edition smartphone is expected to hit global markets early next year.

The new smartphone is essentially a modified version of the Moto Z2 Force. It sports a 5.5-inch P-OLED display with a resolution of 2560 x 1440pixels. The new smartphone is powered by the latest Qualcomm Snapdragon 835 octa-core processor along with 6GB RAM. The 128GB internal storage space can be expanded via a micro SD card.

On the camera front, the Moto Z 2018 edition sports a dual camera setup (12-megapixel + 12-megapixel) on the nack. There is also a 5-megapixel front camera for selfies. It is backed by a 2,730mAh battery. The new handset is bundled with a 3,490mAh Moto Mod and a wireless charging Mod.

The limited edition model features a gold ‘M’ logo at the back. It comes encased in a special box, which shares its theme with the new ‘Kingsman: The Golden Circle’ movie. 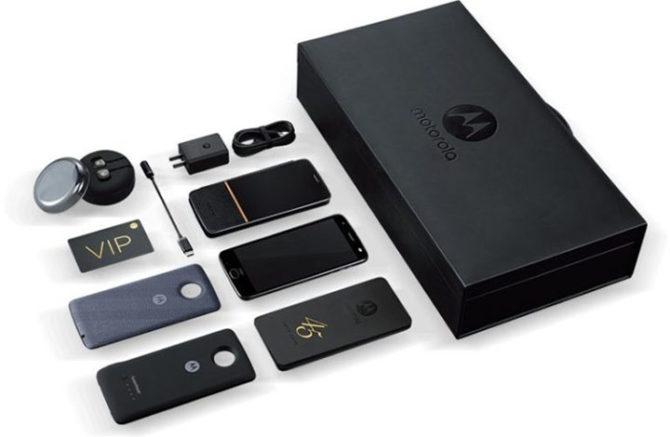 With the Moto Z 2018 Kingsman Edition, the Lenovo-owned is moving from the mid-range segment to a premium slab. The company has also announced a regular Moto Z 2018 variant, which lacks the special briefcase-shaped outer box and bundled accessories. It will be interesting to see the direction the brand takes with its upcoming handsets.