Moto Z3 Play was launched in June last year. The Lenovo-owned brand is already working on its successor. Several details of the Moto Z4 Play have already surfaced online. It is expected to come with a 48MP camera, waterdrop-shaped notch, in-display fingerprint sensor, and Moto Mods support. Read more to find about Moto Z4 Play Price in India, Specifications, and Features 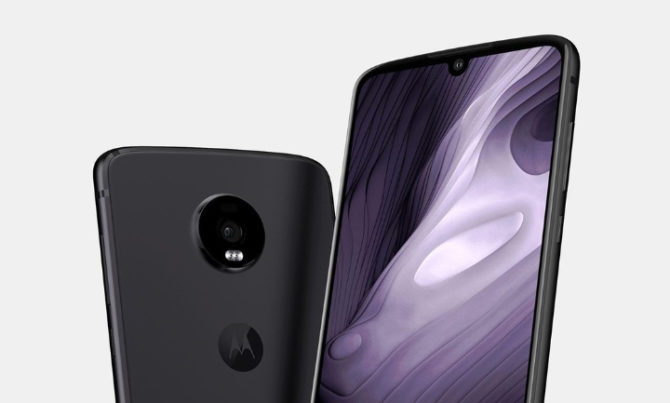 As of now, there is no information about the Indian price or launch date of Moto Z4 Play.

As per the recent leaks and rumors, the Moto Z4 Play sports a 6.2-inch AMOLED display with full-HD+ (1080×2340 pixels) resolution, 414ppi pixel density and a 19.5:9 aspect ratio. It also comes with a waterdrop-shaped notch and an in-display fingerprint scanner.

The bezel-less device measures 158 x 75 x 7.25mm (9.4mm including the rear camera bump). At the back, the upcoming handset features a single camera setup (48-megapixel Q Technology’s S5KGM1SP sensor) with a ring-shaped circular frame. It will sport a 16-megapixel front camera for selfies and video calling.

The upcoming smartphone will be powered by a Snapdragon 675 processor along with 4GB/ 6GB RAM and 64GB/ 128GB internal storage. It will run on stock Android 9 Pie operating system out-of-the-box.

Connectivity options on the device will include a USB Type-C port and a 3.5mm audio jack. It also features connecting pins for the Moto Mods (at the bottom end). The company is expected to launch new Moto Mods this year (including 5G Moto Mods).

Moto is also working on a successor of Moto G6. The upcoming handset is tipped to come with octa-core Qualcomm Snapdragon 632 SoC, NFC support and dual-camera setup. Several details of the Moto G7 and Moto G7 Plus have surfaced online. Both devices will feature a waterdrop-shaped notch on the front and a headphone jack at the bottom.

According to latest leaks and rumors, the standard Moto G7 will sport a 6.0-inch display with full-HD+ (1080 x 2340 pixels) resolution. It will come in three variants in different regions – 4GB RAM + 64GB internal storage, 3GB RAM + 32GB storage, and 3GB RAM + 32GB/ 64GB storage. The upcoming handset is tipped to sport dual rear camera setup (16-megapixel primary sensor + a 5-megapixel secondary) and a 12-megapixel selfie camera. It will be backed by 64GB internal storage and a 3,500mAh battery (with wireless charging support).

The larger variant (6.4-inch Full HD+ display) is said to be powered by a Snapdragon 700 series processor (likely to be Snapdragon 710 SoC) along with 4GB/ 6GB RAM and 64GB internal storage. It is also expected to come with a bigger battery. However, the Moto G7 Plus is likely to come with similar camera setups as its smaller sibling.

Other Moto G7 models (including the Moto G7 Play, Moto G7 Plus, and Moto G7 Power) are likely to come with multiple design changes. The Moto G6 did not feature a waterdrop display notch. It was launched with a MaxVision display at Rs 13,999.