Motorola at an event today in New Delhi, has launched the Motorola Moto 360 2nd Gen smartwatch in India.

The company has launched a total of five variants- three metal variants and two leather variants for men and women. Men’s variants will be available in cognac, black leather and black metal options while women’s options will be available in rose gold with blush leather and natural metal options. Based on size, the Moto 360 2nd Gen comes in two variants for men- 42mm and 46mm. These variants come with 20mm and 22mm wrist bands respectively. The smartwatch comes in a 42mm variant for women with a 16mm watch band. 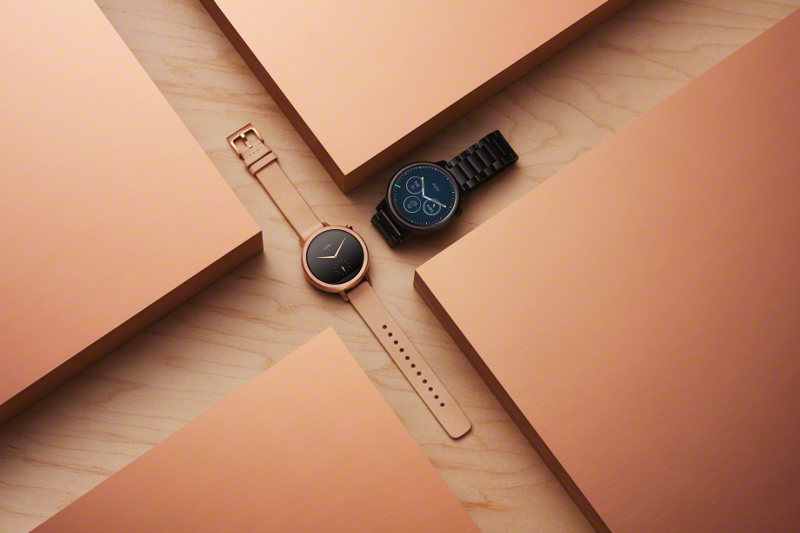 The design of the next gen Moto 360 is similar to the previous gen except a few changes such as, the physical button has been moved from 3 o’ clock position to 2 o’ clock position and it comes with lug mounts for straps removal.

Rest of the specifications of both variants are identical. Both variants feature Corning Gorilla Glass 3 protection. Both are powered by a quad-core Qualcomm Snapdragon 400 processor paired with 512MB of RAM and house 4GB of inbuilt memory. Connectivity options include Bluetooth 4.0 LE and Wi-Fi. The Moto 360 2nd Gen runs Android wear operating system and boasts of IP67 rating for resistance against dust and water. It is compatible with Android and iOS smartphones. It also features heart rate sensor.

Buy at best price from here: