Motorola has finally launched the One Action smartphone. The Android One handset comes with triple rear cameras and a 21:9 CinemaVision display. It features a punch-hole design and an Exynos 9609 SoC. Read more to find about Motorola One Action Price in India, Specifications, and Features 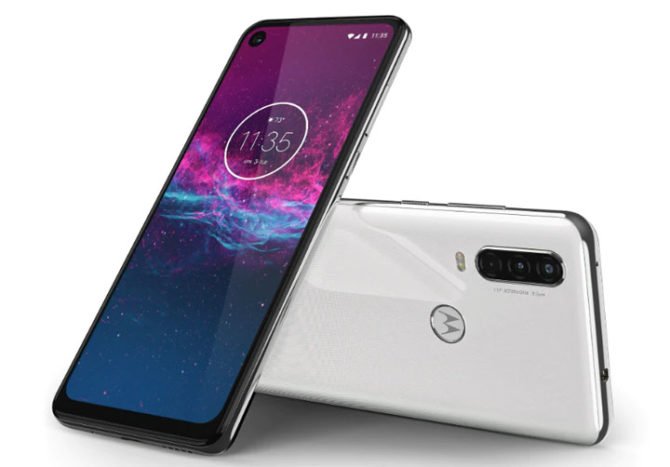 The Motorola One Action is priced in India at Rs 13,999. It comes in two color options – Denim Blue and Pearl White. Sales will start on August 30 via Flipkart.

The new smartphone is powered by an octa-core Samsung Exynos 9609 processor along with Mali G72 MP3 GPU and 4GB RAM. It is backed by a 3,500mAh battery with 10W charging support. The 128GB internal storage can be further expanded via a microSD card (up to 512GB).

The Motorola One Action sports a triple camera set up on the back. It comes with an Enhanced Video Stabilisation feature. Additionally, the camera setup can capture landscape videos while the phone is in the vertical position and vice versa.

The Motorola One Action runs Android 9 Pie operating system (as part of Android One Programme). The company promises an upgrade to Android Q and Android R. Users will also get security updates for three years.

The dual-SIM smartphone sports a 6.3-inch IPS CinemaVision display with full-HD+ (1080 x 2520 pixels) resolution and 21:9 aspect ratio. Sensors on the device include a fingerprint sensor, an accelerometer, an ambient light sensor, gyroscope, magnetometer, and proximity sensor.

What do you think of the price and specs of Motorola One Action? Share your views with the comments section below.