Nokia might be having a tough time in the top end smartphone segment, but their entry level, so-called smartphones in the Asha range have managed to garner a huge chunk of the entry level smartphone segment and are the reason for the company’s volumes. And in a bid to further enhance their grip in the segment, they have just launched the latest family member of the Asha range of devices, the Asha 310 which is the first device in the series to feature dual-SIM coupled with wi-fi.

The Nokia Asha 310 is a dual-SIM smartphone and runs on the S40 operating system and offers easy-swap ability for changing the sim cards. The device comes with a 3 inch capacitve display screen which is scratch resistant and the display resolution stands at 400×240 pixels. It comes with 20 MB of internal storage and the memory can be expanded upto 32 GB with the help of a microSD card. Nokia is expected to bundle in a 4 GB memory card with the device. 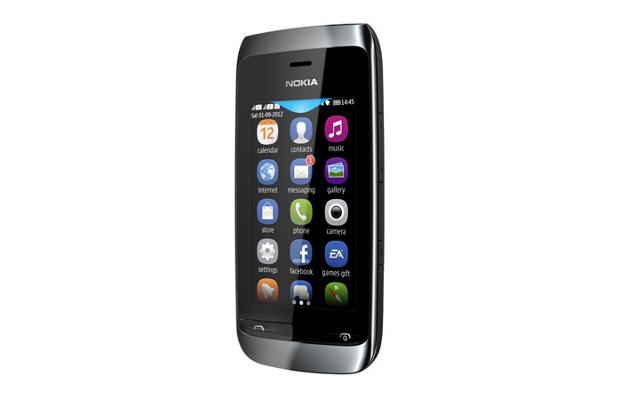 It has been announced at a price of $102 which translates into roughly Rs.5,600 for the Indian markets and the mobile is tailor made for the audiences of the developing nations like Africa, Middle East and India. It shall start shipping the first quarter of the year 2013 and the device will come the low data using browser, the Nokia Xpress and the much touted EA games package which includes some of the best EA titles. It shall come with preloaded social networking websites as well.

Nokia is giving it their best shot to reclaim the throne of being number 1 in the number of shipments and the Asha series is their best hope if they plan being the king again. The compamy claims to have sold around 16 million Asha devices and they are finding a lot of takers in India. The Asha 310 fills in the gap between the 309 and 311 and rounds up the lineup pretty well. We hope it sells pretty well as well.