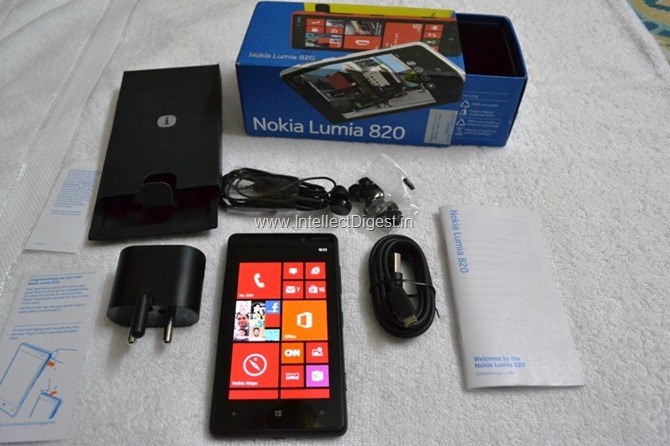 The Lumia 820 comes in a small package consisting of:

Nokia has done a fairly good job on the design with a plastic coating on the front and the polycarbonate panel on the back. Unlike the Nokia Lumia 920, the Lumia 820 is not unibody but it’s good as it expands the option for exchangeable panels. 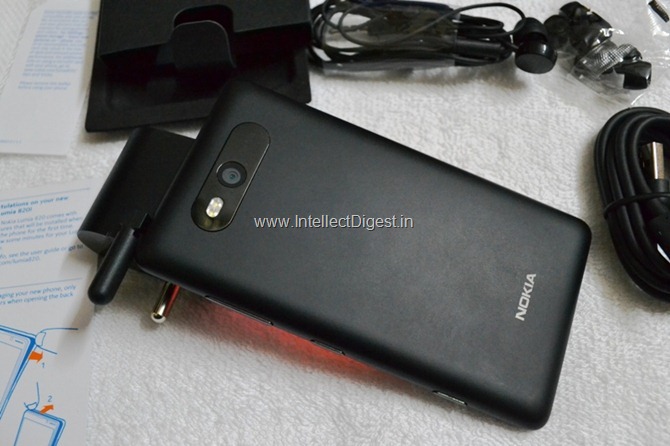 We have an earpiece, the Nokia branding along with a secondary camera on the front top. 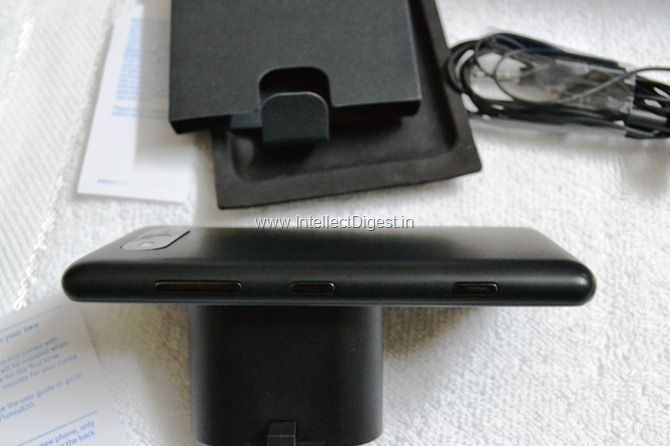 The back panel do feel of some good quality but Nokia has made it very difficult to remove. You have to force a nail between the display and the panel towards top right and then hope that you don’t break your nail. 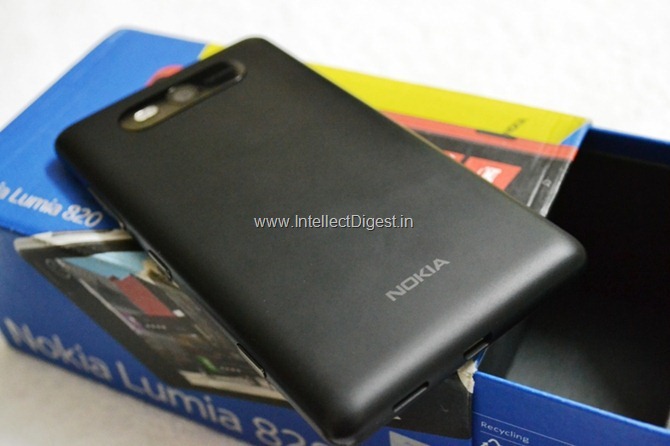 The left edge is completely clean whereas right edge houses the volume rocker, power button and the dedicated camera key.

There is a 3.5mm audio output on the top and a microUSB port at the bottom. 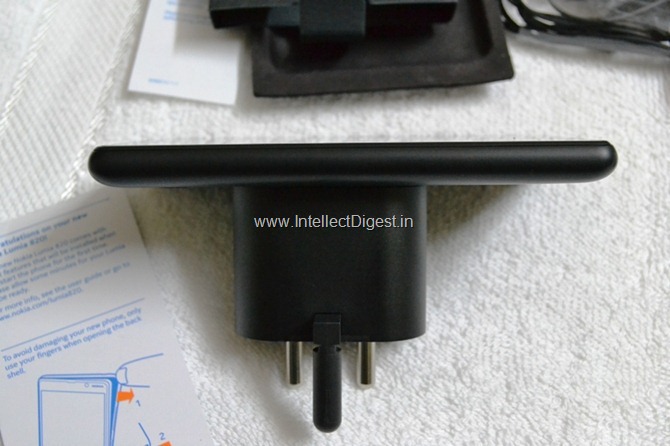 It is powered by a Qualcomm MSM8960 Snapdragon chipset which has a 1.5 GHz dual core Krait processor and Adreno 225 GPU. It supports HSDPA, 42 Mbps; HSUPA, 5.76 Mbps; LTE, Cat3, 50 Mbps UL, 100 Mbps DL along with dual band WiFi 802.11 a/b/g/n NFC and Bluetooth v3.1 with A2DP, EDR. It runs on 1GB RAM with 8GB internal memory and supports expandable memory storage upto 64GB via a microSD card slot. The windows phone 8 handset comes with a 1650 mAh battery which we thought is sufficient for basic needs. Inspite of WVGA resolution being a drawback, we found that the overall display quality is quite acceptable. The Nokia ClearBlack technology help the colors look rich and text crisp.

The 8 MP camera is supported by Carl Zeiss optics with autofocus and dual LED flash. The 8MP is definitely better than Lumia 800 and Lumia 900 especially in the low-light conditions where we observed a lot of noise in the picture. Even in day-light the camera performed well with adequate colour richness. The video recording by default is 720p but can be shot upto 1080p that you have to manually adjust. Nokia Lumia 820 runs on the Windows Phone 8 mobile operating system. With the kind of hardware available on the device the mobile OS works seamlessly without any slow downs or lags or waiting for applications to load. System performance has been massively improved comparing with the earlier versions of the mobile operating system. Supporting features like multi-core processor support and expandable memory windows phone 8 is now somewhat coming near to join the race though WP app ecosystem still needs a lot of effort. Windows Phone Store lacks a large amount of quality apps. 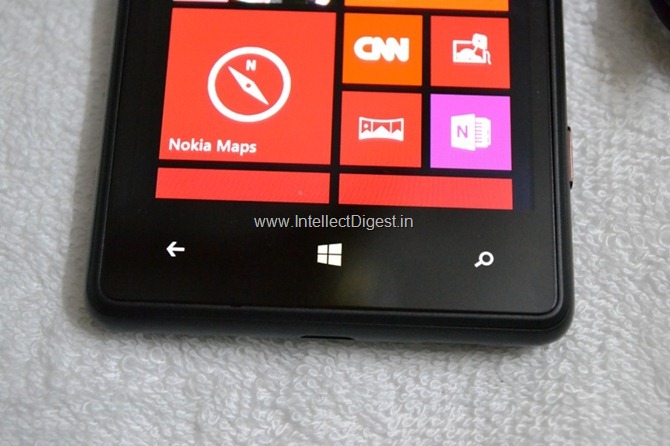 Nokia Lumia 820 is no doubt a very proficient device. With such an impressive hardware and even WP8 performing upto that level this is definitely worth recommending. Unfortunately Lumia 920 gaining all the attention have made this just a annotation along. Though Nokia 820 is the mid range WP8 handset, we felt it is priced high. Comparing to what HTC had launched their 8S, we think if Nokia can bring down the price to that level, this device can boost their sales across the globe. 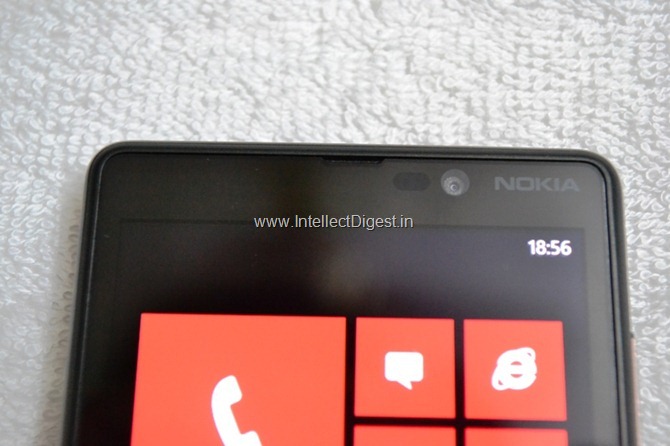 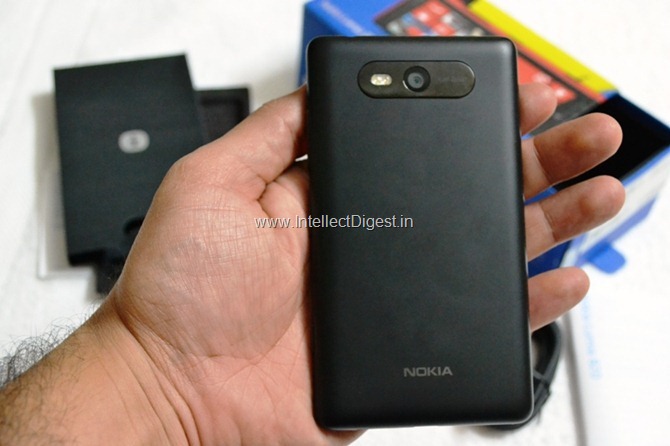 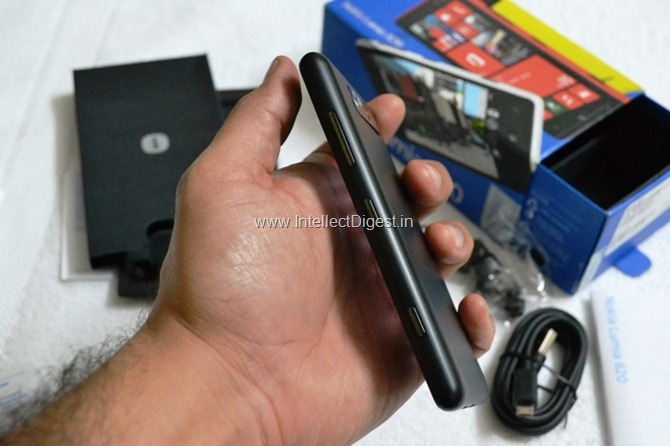 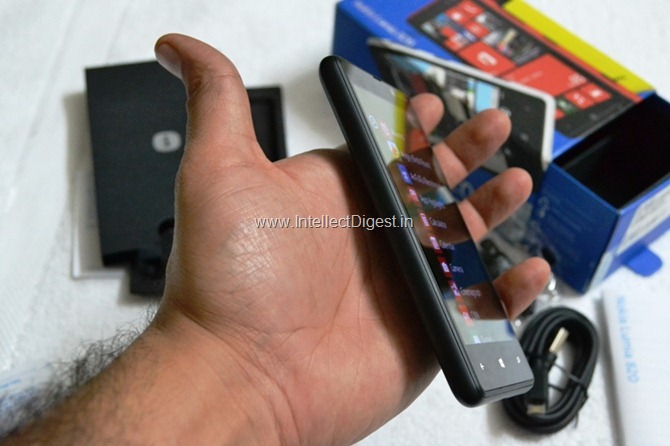 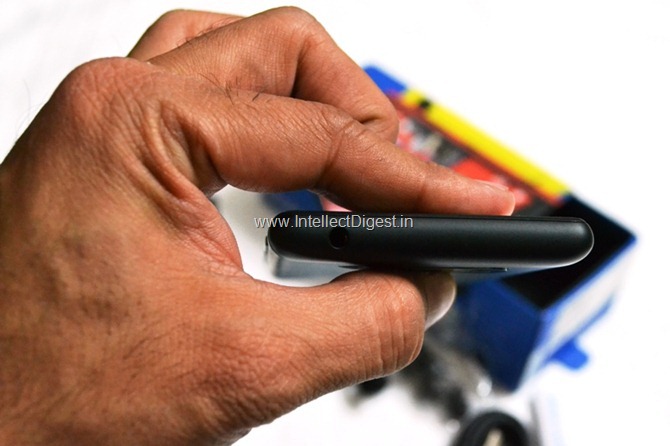 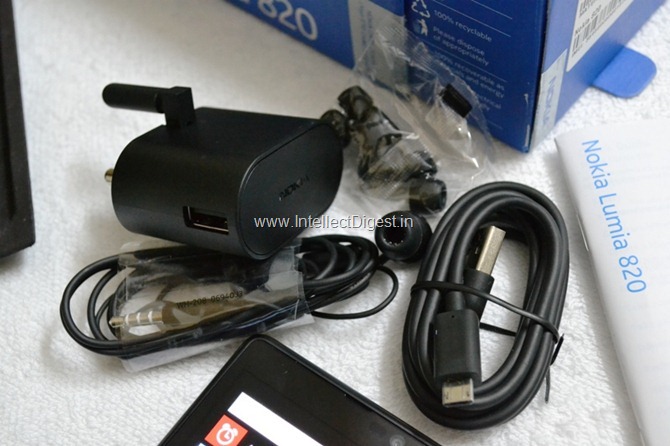