OnePlus has launched a new special variant (in partnership with McLaren Automotive and McLaren Racing) of its latest flagship smartphone. The new OnePlus 6T McLaren Edition comes with 10GB RAM, 256GB storage, and company’s new fast charging tech (Warp Charge 30). It features a carbon fiber pattern below the glass on the rear panel, McLaren logo, and the signature McLaren Papaya Orange color placed on the bottom. Other specs will remain the same. Read more to find about OnePlus 6T McLaren Edition Price in India, Specifications, and Features 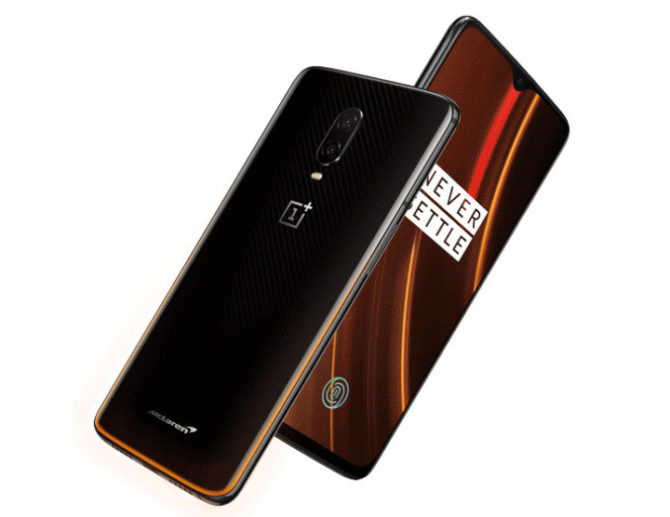 The OnePlus 6T McLaren Edition comes with a price tag of Rs 50,999. It is exclusively available from Amazon.in. Sales start on December 13. In the UK, the limited edition variant is priced at GBP 649 (approx Rs 58,800)

The new smartphone sports a 6.41-inch AMOLED display with full-HD+ (1080 x 2340pixels ) resolution, a 19.5:9 aspect ratio, sRGB (100.63 percent), DCI-P3 color gamuts, and a peak brightness of over 600 nits. The large display is protected by Corning Gorilla Glass 6. It features a waterdrop-style notch that houses a three-in-one ambient light sensor, distance, and RGB sensor.

Additionally, a new Nightscene feature allows you to capture brighter images in low-light situations with reduced noise. It uses a new HDR algorithm over a 2-second exposure and splices together up to 10 multi-frame shots.

The dual-SIM smartphone runs Android 9.0 Pie operating system with OxygenOS on top. The in-display fingerprint sensor can unlock the smartphone in 0.34 seconds. It works with the OnePlus screen protector. The audio is enhanced with Dirac HD Sound and Dirac Power Sound support.

Additionally, the new handset comes with an improved Gaming Mode, and a Smart Boot feature (improves app cold-start speeds by 5 to 20 percent. However, it only works with gaming apps as of now). Users can activate Google Assistant by long pressing the power button will soon be added. 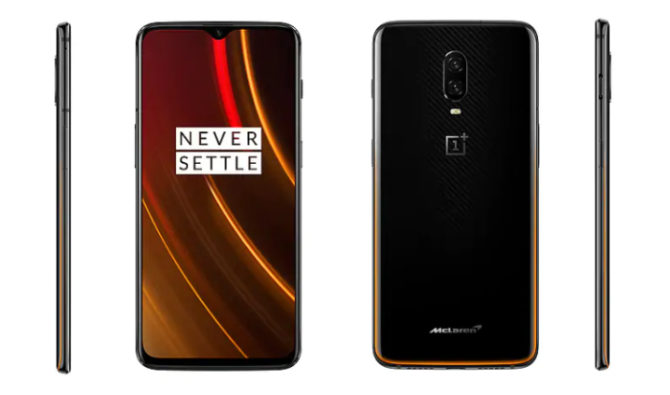 The premium variant features an all-glass build, with Corning Gorilla Glass 6 protection and a carbon fiber pattern under the glass of the rear panel. It measures 157.5 x 74.8 x 8.2mm and weighs 185 grams. The signature McLaren Papaya Orange color is present on the bottom edge. 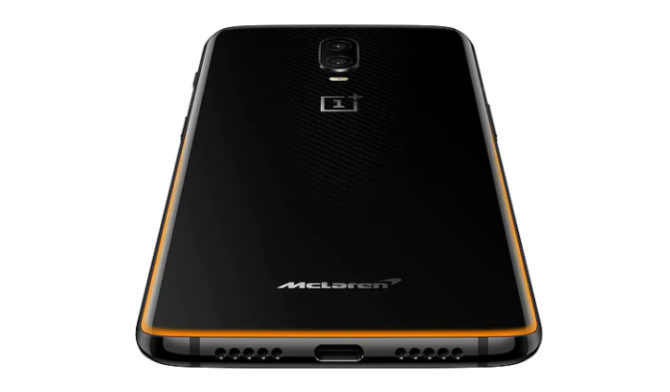 What do you think of the new OnePlus 6T McLaren Edition? Share your views with us in the comments section below