After announcing the launch date of its next flagship phone called the OnePlus 2, Chinese handset manufacturer OnePlus has revealed the pricing and launch details of the OnePlus cardboard virtual reality headset. It is no more a secret that the company is going to launch the next iteration of its flagship phone at a virtual reality event on July 27, 2015 for which OnePlus has designed the VR cardboard.

Though the OnePlus VR cardboard is tailored to perfectly fit to the One smartphone, it is also compatible with devices with up to 6-inch size. Furthermore, it is faster and easier to assemble than other VR cardboards. 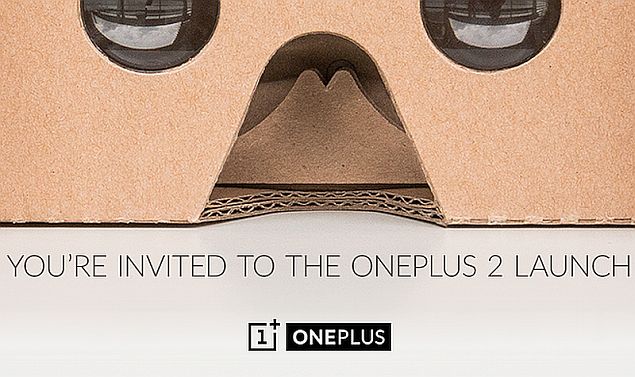 In India, the VR cardboard will be available starting third week of July for Rs. 99 (additional shipping charges will have to be paid) from Amazon India. Exact date of availability of the device in India will be revealed soon. The company is also running a Giveaway contest in which 1000 people will get a chance to win the OnePlus Cardboard for free. Contestants just have to fill a form and winners will be selected randomly. Contest will close on July 3 (tomorrow). 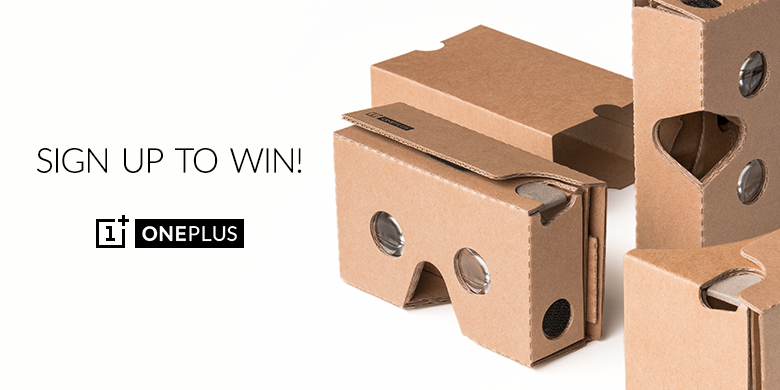 As for the OnePlus 2 phone, the company has confirmed that it will be powered by a Qualcomm Snapdragon 810 processor, feature USB Type C Port and a fingerprint scanner.

We will update you when the OnePlus Cardboard Virtual Reality Headset will go on sale in India. Stay tuned with us.