Oppo has slashed the priced of its R17 Pro smartphone by Rs 10,000. Highlights of the device include a triple camera setup with variable aperture, Snapdragon 710 SoC, an in-display fingerprint scanner, and SuperVOOC fast charging feature. Read more to find about Oppo R17 Pro Price in India, Specifications, and Features 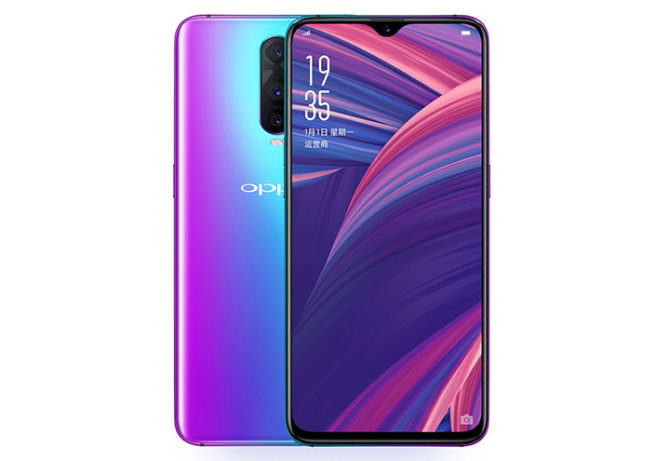 The Oppo R17 Pro sports a 6.4-inch AMOLED display with a full-HD+ resolution (1080 x 2340 pixels), 19.5:9 aspect ratio, and screen to body ratio of 91.5 percent. It comes with Corning Gorilla Glass 6 protection. The new smartphone is powered by the latest octa-core Qualcomm Snapdragon 710 processor along with 8GB RAM and 128GB internal storage.

The 3,700mAh battery comes with the company’s own VOOC charging technology. Users can get two hours of talk time with just five minutes of charge. Oppo has confirmed that the new handset will arrive in India with the new fast-charging support. Previously, the Indian model of Oppo Find X was missing the Super VOOC fast charging (supports charging at up to 10V/ 5A or about 50W). It arrived with up to 5V/ 4A (20W) VOOC Flash fast charging support (seen in most smartphones).

The Super VOOC Flash Charge fast charging offers up to 40 percent charge within just 10 minutes. It uses a bi-cell design that can “distribute the output voltage of 10V and reduce the voltage of each cell by half. Thus, it assures safety to the same extent as that of the VOOC Flash Charge. Super VOOC Flash Charge provides five-core protections, which checks the safety level when the phone is charging. All nodes including the charging plug, USB cable, mobile phone, and battery are separately protected by specialized chips.”

The new smartphone runs ColorOS 5.1 based on Android 8.1 Oreo operating system. Connectivity options include 4G VoLTE, Bluetooth, Wi-Fi, and GPS. The company claims that the new smartphone can be connected to your TV to turn it into a gaming console.

The dual-SIM smartphone comes in gradient color options – Emerald Green and Radiant Mist. It comes with a water-drop notch on the front. The Oppo R17 Pro comes with an in-display fingerprint scanner and Face unlock feature.

What do you think of the new Oppo R17 Pro? Will you wait for the upcoming smartphone? Let us know in the comments section below.