After years of wait, Google finally launched the Play Books in India last month which now has been witnesses by all of us. Surprisingly Google also brought its hardware in India starting with Nexus 7 on 26th March 2013. Last night on 28th March 2013 Google also launched Play Movies which makes even more sense after the launch of their tablets here in India.

Google Play Movies is its own movie rental and purchase service where the patrons can buy or rent a digital download of their favourite movie titles. Pricing are similar to what one can spend on watching movies in theaters but has been decided considering the Indian mentality alike what Apple did with itunes for example a $17.99 movie on the US Play Store is priced at $9.99 for the Indian Play Store. 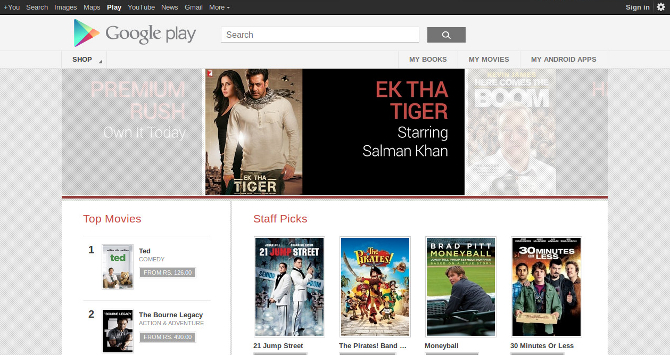 Its nice to see Google pacing out for India. Lets hope to see more in future.