Chinese smartphone maker Xiaomi has already confirmed that Redmi 6 will be launched in China on 12th June 2018– via a launch teaser poster on Weibo. Now the company has teased the handset in a new Redmi 6 leak again. 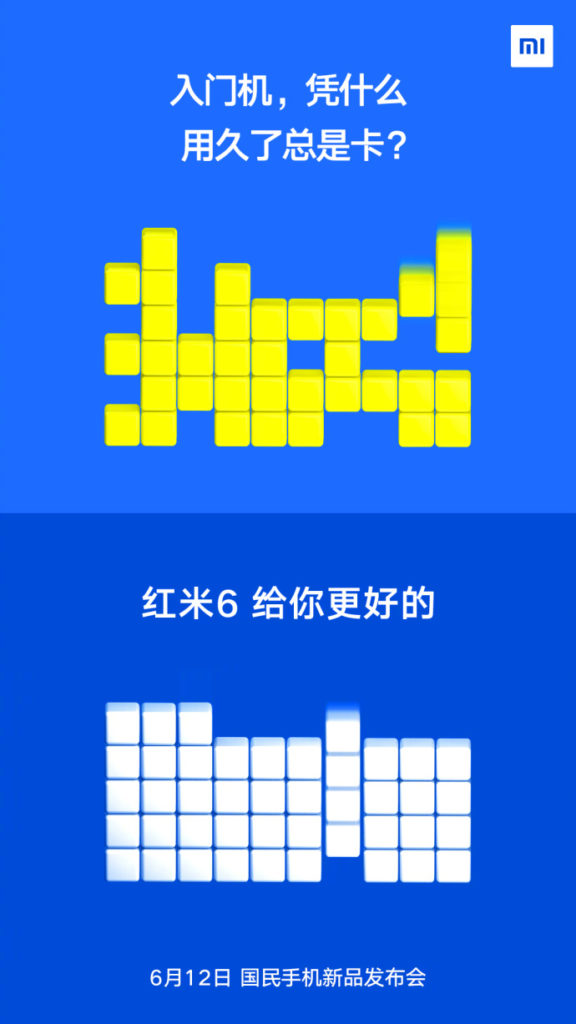 The Redmi 6 leak is a claim that the smartphone will offer a lag-free experience. It will be even with long periods of usage.

The smartphone’s three variants are predicted to launch at the teaser event. They are Redmi 6, Redmi 6A, and Redmi 6 Plus/Pro.

The first model sports dual-cameras. It is expected to be the Redmi 6. Other two models might belong to the Redmi 6A. Rumors have been spreading on the World Wide Wed, that the three models are the Regular, Plus and Pro variants of Redmi 6.

According to the Redmi 6 leak, the Redmi 6 is built with a 5.45-inch (720×1440 pixels) display. It has an 18:9 aspect ratio. The smartphone runs Android 8.1 Oreo. It is powered by an octa-core processor. The processor clocks at 2.0GHz. It could possibly be a Snapdragon 625. The listing also hints that the smartphone will be backed by a 3,000mAh battery.

Xiaomi hasn’t yet said anything about the smartphone. The listed device could be a Redmi model.

The three models provide differently in terms of RAM, storage, and camera. M1804C3DE is equipped with 2GB/3GB/4GB RAM variants (16GB/32GB/64GB storage). It sports a 12-megapixel primary camera and a 5-megapixel selfie shooter. The M1804C3CC model is equipped with 2GB RAM and 16GB storage. It features a 13MP rear camera and a 5MP selfie shooter. Also, the M1804C3CE model is built with 2GB/3GB RAM variants (16GB/32GB storage). The handset sports a 12MP rear camera and a 5MP front camera. The devices have many color variants too. Article Name
Official Redmi 6 Leak Suggests Lag-Free Performance And Longer Usage
Description
Chinese smartphone maker Xiaomi has already confirmed that Redmi 6 will be launched in China on 12th June 2018– via a launch teaser poster on Weibo. Now the company has teased the handset in a new Redmi 6 leak again.
More related stories below: