If we believe on rumours then this 12 June is going to be big for Samsung, on the official front, Samsung hosting a Samsung Galaxy Premiere 2014 event in New York on 12 June, the expectations are, Samsung can release a new flagship tablet series and the tagline of the same event is “Tab into Colours”. So Samsung definitely launching something related to tablets at this event and the same event will be live streaming on Samsung official YouTube channel. Other rumours are about the design of tablets, as said Samsung releasing tablets with the same back panel finish as we have seen on company’s latest flagship smartphone Samsung Galaxy S5. 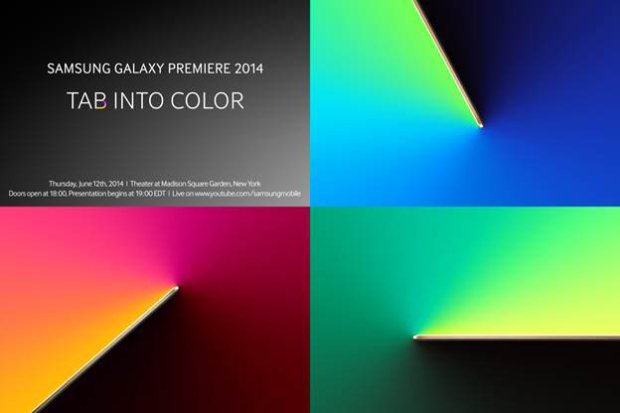 Talking about the features of Samsung Galaxy S Tab, the device is rumoured to launch in two variants, one will have 8.5-inch display diagonally and second has 10.5-inch display on the top. The both tablets will boosts high end resolution screen as both the display sports a Super AMOLED display with the pixel resolution of 2560*1600pixels. The tab will be powered by an Exynos 5 Octa core processor along with 3GB RAM on board. There will be 8-megapixel rear camera on back along with 2.1-megapixel front facing camera as well for video calling and selfie. The smartphone runs on Android 4.4 Kitkat operating system.

On the connectivity front, there will be Wi-Fi, Bluetooth 4.0, GPS as usual and we can expect 4G LTE as well on board. Like Samsung Galaxy S5, we can also expect a fingerprint sensor in these tablets. The Ultra Power saving mode also expected with these tablets. Check out more leaked images of Samsung Galaxy S tab series below. As all these are rumours and not confirmed yet, but we will keep an eye on Samsung event and will update you as soon as possible. 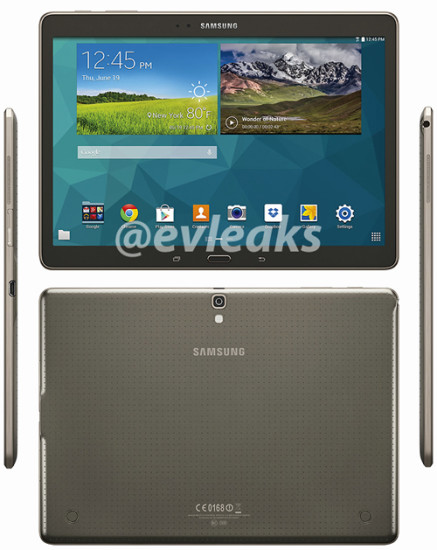 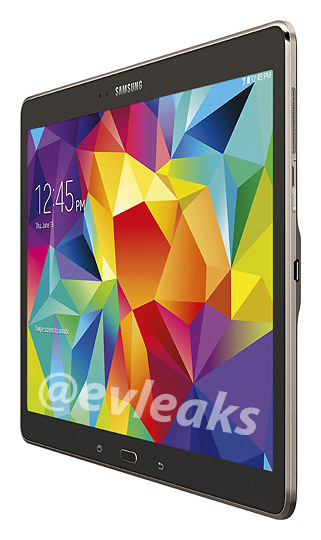 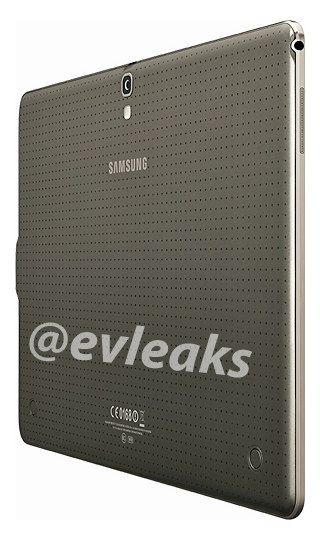