Samsung has finally announced its Galaxy A10e smartphone in the US. It is a lighter version of the Samsung Galaxy A10. Highlights of the device include an Infinity-V Display, an 8MP rear camera, and 3,000mAh battery. Read more to find about Samsung Galaxy A10e Price in India, Specifications, and Features 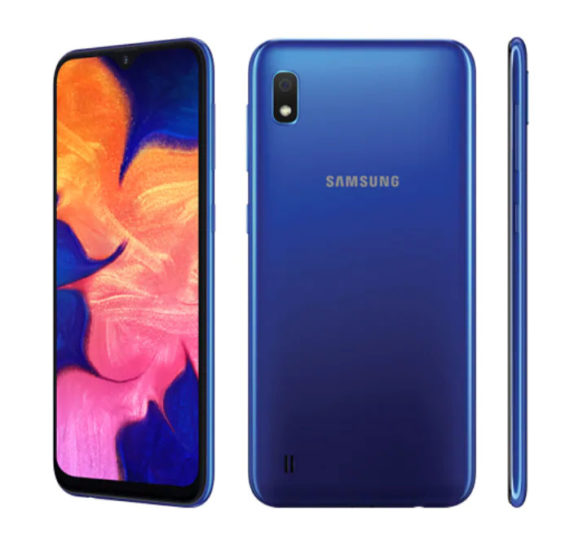 The new handset sports a 5.83-inch Infinity-V display. It is backed by a 3,000mAh battery. For photos and videos, the Galaxy A10e sports an 8-megapixel rear camera. It comes with 32GB internal storage.

While the company hasn’t yet revealed all specs, the new smartphone likely runs Android 9 Pie operating system with One UI. It is said to be powered by an Exynos 7884 and 2GB RAM.

The budget handset sports a 6.2-inch Infinity-V display with HD+ (720 x 1520 pixels) resolution. It is powered by an octa-core Exynos 7884 processor and 2GB RAM. The 32GB internal storage can be further expanded via a microSD card slot (up to 512GB).

In terms of optics, the Samsung Galaxy A10 sports a 13-megapixel rear camera (with f/1.9 aperture) and a 5-megapixel front camera (f/2.0 aperture). Pre-loaded shooting modes include Ultra-Wide, Slow-Mo, and Hyperlapse.

The new handset is backed by a 3,400mAh battery. It runs Android Pie operating system with One UI on top.

What do you think of the specs and features of Samsung Galaxy A10e? Share your views with us in the comments section below.