South Korean multinational conglomerate Samsung launched the Galaxy A6 and A6+ through an official press release. Both the Samsung Galaxy A6 and Galaxy A6+ will sport the full-screen Infinity Display design. 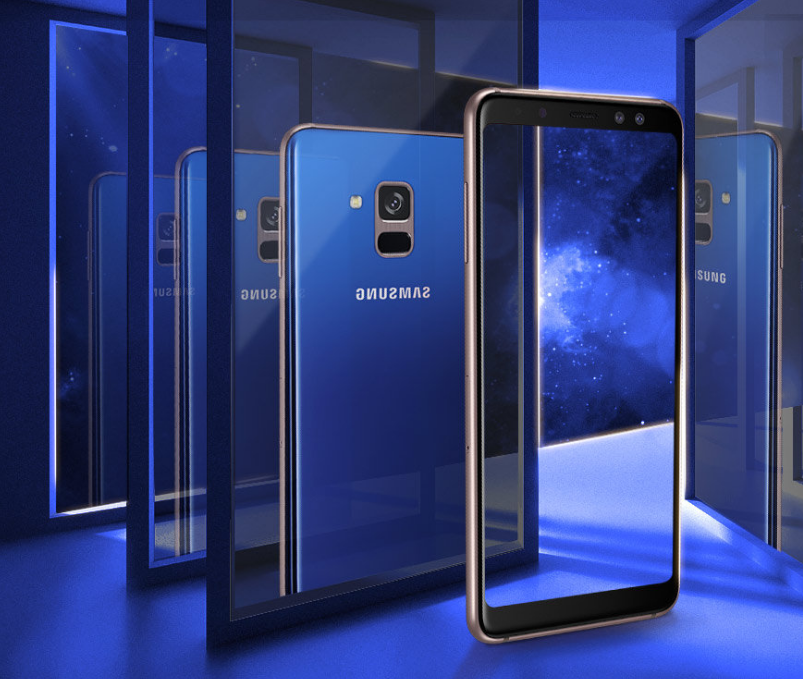 In December 2017, the smartphone maker launched their first Galaxy A series smartphones– Galaxy A8 and Galaxy A8+.

The Samsung Galaxy A6 is built with a 5.6-inch S-AMOLED display. It results in an HD+ screen resolution of 720×1480 pixels. The A6+ sports a 6.1-inch S-AMOLED display. It produces a Full HD+ resolution of 1080×2220 pixels. Both the Galaxy screens allow an aspect ratio of 18:5:9. The Galaxy A6 duo are also equipped with Always on Display function. It permits users to see information at a glance without unlocking.

The A6 is powered by the Exynos 7870 chipset. It has an octa-core processor clocked at 1.6GHz. The A6 has two variants– 32Gb and 64GB. Storage is expandable via microSD card. The smartphone is also backed with a 3,000mAh battery pack.

In the camera department, the A6 has a single-rear camera setup of 16-megapixel. It is supported by a f/1.7 aperture. It supports features like autofocus and LED dual-tone flash. The device sports a 16-megapixel front camera with f/1.9 aperture. Facial recognition and fingerprint scanner are supported.

Galaxy A6+ is powered by Snapdragon 450 clocked at 1.8GHz octa-core processor. It also comes with 32GB storage+3GB RAM and 64GB storage+4GB RAM variants. Moreover, storage is expandable via a microSD card. It is backed by a more powerful 3,500mAh battery pack.

In the optics department, the A6+ sports a dual-camera setup. It includes a 16-megapixel autofocus enabled primary sensor and has a f/1.7 aperture. It also has a 5-megapixel secondary sensor with f/1.9 aperture. The phone also supports the Live Focus feature which enables users to have control over the depth of field before or after a shot. Moreover, it is also there in the S9+ and Note 8. It also sports a 24-megapixel front camera with LED flash and a f/1.9 aperture. Facial recognition and fingerprint scanner are supported.

Both the models are available in Black, Gold, Blue, and Lavender.

Samsung Galaxy A6 and Galaxy A6+ Pricing

The prices of the smartphones have not yet been revealed. They will be available in selected regions within Europe, Asia, and Latin America from May 2018. They will later be sold in other markets, like Africa.