Samsung is all set to launch a new mid-range smartphone. The Samsung Galaxy A6s (with model number SM-G6200) has been spotted on TENAA (the Chinese certification website). It will be powered by the company’s own Exynos 7885 processor. Read more to find about Samsung Galaxy A6s Price in India, Specifications, and Features 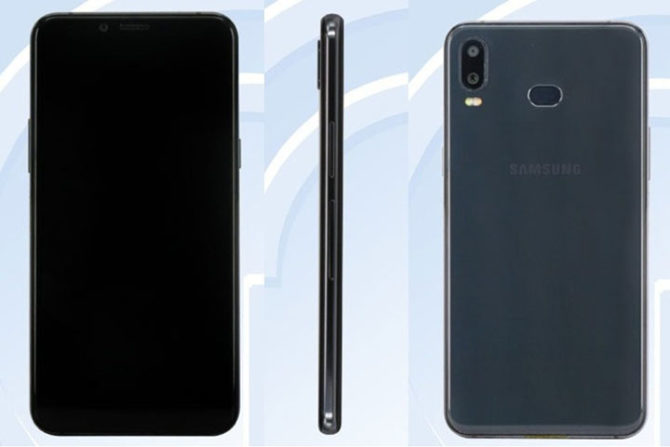 As of now, there is no information about the Indian price or launch date. The upcoming handset will join the Galaxy A6 and A6+ smartphones.

However, Samsung is expected to launch a new smartphone with a four-camera setup on October 11 in Malaysia. The company has already sent media invites with a caption – ‘4x Fun- A Galaxy Event.’

Also read: Huawei Y9 (2019) Launched With Four Cameras – All You Need To Know

According to the TENAA listing, the Samsung Galaxy A6s will be powered by Samsung’s own Exynos 7885 2.2GHz octa-core processor and 6GB RAM. The 64GB/ 128GB internal storage can be further expanded via a microSD card.

In terms of optics, the upcoming handset will sport a dual camera setup on the back (with 12MP primary sensor). There will also be a 5MP front camera for selfies and video calling.

The Samsung Galaxy A6s is expected to feature a 5.99-inch IPS LCD display with an 18:9 aspect ratio and a resolution of 2160 x 1080 pixels. It is likely to run Android 8.1 Oreo operating system.

The upcoming handset is tipped to be backed by a 3,300 mAh battery. It is likely to come in gradient color options.

On the other hand, the Galaxy A6+ (2018) sports a 6.0-inch AMOLED display with a resolution of 2220 x 1080 pixels. It is powered by a Qualcomm Snapdragon 450 processor. The dual camera setup on the back uses a 16 primary sensor and a 5MP secondary sensor.

The Samsung Galaxy A6s will take on the mid-range offerings from the likes of OnePlus, Xiaomi, Asus, Huawei, etc. Recently, Samsung launched its Galaxy A7 (2018) smartphone in India. It comes with a triple camera setup on the back. It is priced in India at Rs 23,990 for the 4GB RAM/ 64GB storage variant.

The new handset is powered by a 2.2GHz octa-core processor (unspecified) and 4GB/ 6GB RAM. The 64GB/ 128GB internal storage can be further expanded via a microSD card (up to 512GB). It is backed by a 3,300mAh battery.

The dual-SIM smartphone runs Android 8,0 Oreo operating system out-of-the-box. It sports a 6.0-inch Super AMOLED Infinity Display with full-HD+ (1080 x 2280pixels) resolution and 18.5:9 aspect ratio.  A fingerprint sensor is placed on the side.

What do you think of the new handset? Will you consider opting for Samsung Galaxy A6s? Share your thoughts with us in the comments section below.