In July this year, Samsung launched the Galaxy A80 smartphone in India. It comes with a rotating camera module, an in-display fingerprint sensor, 8GB RAM, and 128GB storage. Now, a 256GB storage variant has surfaced online. Read more to find about Samsung Galaxy A80 Price in India, Specifications, and Features 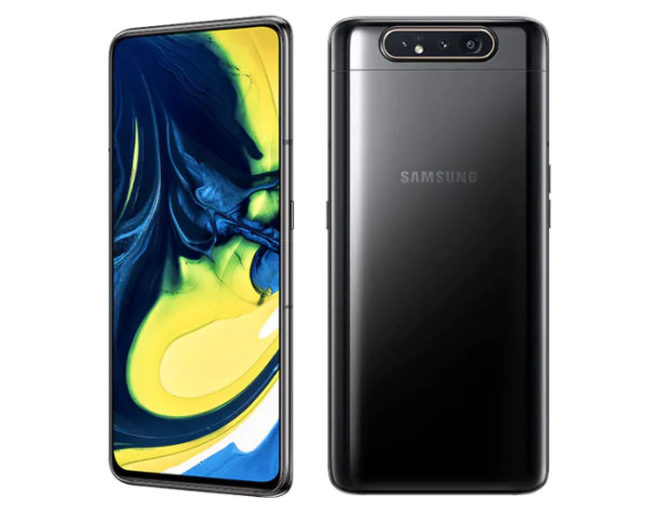 The Samsung Galaxy A80 is priced in India at Rs 47,990. It will be available for pre-booking from July 22 to July 31. The company is offering a free one-time screen replacement for pre-booking customers. Sales start on August 1.

A new TENAA listing shows a new Samsung Galaxy A80 (SM-A8050) variant with 256GB internal storage.  As of now, there is no information about its release date

The new handset is powered by a 2.2GHz octa-core Qualcomm Snapdragon 730G processor along with 8GB RAM. The 128GB internal storage can be further expanded via a microSD card. The 3,700mAh battery comes with 25W Super-fast charging support and an ‘intelligent battery’ feature. 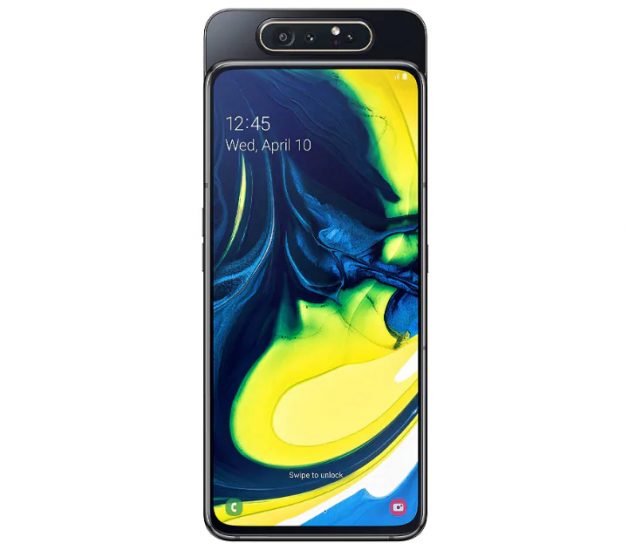 In terms of optics, the Samsung Galaxy A80 sports a rotating camera with a triple camera setup. It uses a 48-megapixel primary sensor (f/2.0 aperture), an 8-megapixel secondary sensor (123 degrees ultra wide-angle lens, f/2.2 aperture), a 3D depth sensor, and an IR sensor.

The rotating camera module is aimed to support the vlogging and video calling culture. Users will be able to capture both sides of the story with equal quality and ease.“The Galaxy A80 offers premium features for digital natives who want to fully engage in the Era of Live,” said DJ Koh, President and CEO of IT & Mobile Communications Division, Samsung Electronics.

What do you think of the price and specs of the Samsung Galaxy A80? Share your views with us in the comments section below.