Samsung is expected to launch new smartphones from its C-series pretty soon. Now, the rumoured Galaxy C7 (2017) has been spotted on the benchmarking website, Geekbench. The new listing has revealed several details about the upcoming handset. Is Galaxy C7 (2017) the first Samsung smartphone with a dual-camera setup? Read more to find about Samsung Galaxy C7 (2017) Price in India, launch date, specifications, and features 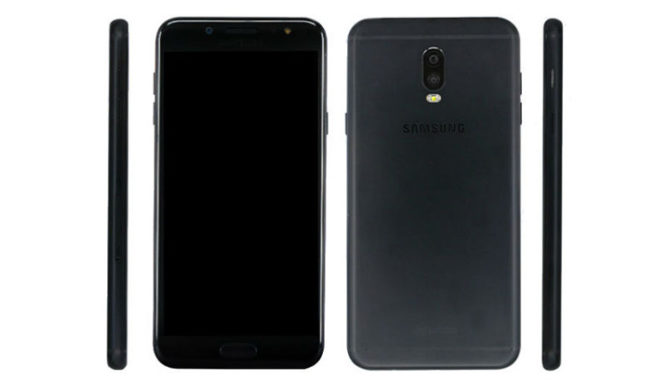 The new version of Galaxy C7 has been spotted on multiple certification websites including TENAA, Bluetooth SIG, and Wi-Fi Alliance. While Samsung has not confirmed a launch date as yet, the new listings hint at an imminent launch. Recently, the smartphone’s support page also went live on the Samsung’s official website.

However, the expected launch of Galaxy Note 8 on August 23 might push the Galaxy C7 launch little further. Interestingly, the both upcoming devices are expected to feature a dual-camera setup. It remains to be seen which will be the first Samsung handset to feature the new camera technology.

As per the Geekbench listing, the new Samsung Galaxy C7 (2017) [codenamed SM-C710F] will be powered by an octa-core MediaTek Helio P20 MT6757 processor and 4GB RAM. It will run Android 7.1.1 Nougat operating system out-of-the-box. The device received a single-core score of 883 and a multi-core score of 3,959. 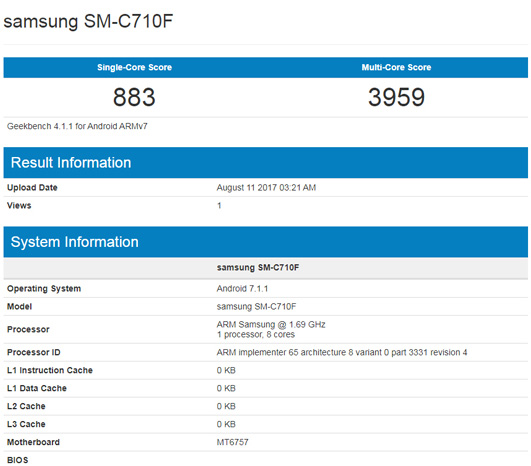 Previous reports claimed that the upcoming handset will be powered by a Qualcomm Snapdragon 630 or Snapdragon 660 chipset. We will have to wait for a further clarification. Past rumours also suggest that the upcoming handset will feature a 5.5-inch display with full HD resolution. It is expected to come in two variants – a 3GB RAM/ 32GB internal storage one and a 4GB RAM/ 64GB storage one.

On the camera front, the dual-camera setup might combine a 13-megapixel primary sensor and a 5-megapixel secondary sensor. The upcoming smartphone might also feature a 16-megapixel front camera. It is expected to be backed by a 2,850mAh battery.

The physical home key will double as a fingerprint scanner as well. Connectivity options of the smartphone will include 4G VoLTE, Bluetooth, WiFi, GPS/A-GPS and a micro-USB port. It is said to measure 152.4 x 74.7 x 7.9mm and weighs 178 grams.

Also read: LG V30 To Feature ‘Clearest’ Lens Ever On A Smartphone – Here’s All We Know

The previous Galaxy C7 model was launched in May 2016. It featured a 5.7-inch Full HD Super AMOLED display. The Samsung Galaxy C7 (2016) is powered by a Snapdragon 625 SoC along with Adreno 506 GPU and 4GB RAM. It comes in two internal storage variants – 32GB and 64GB (further expandable up to 256GB via microSD card). The Galaxy handset sports a 16MP rear camera with f/1.9 aperture and an 8MP front camera with f/1.9 aperture. The new model is expected to bring in a range of improvements including a dual rear camera setup. However, we will have to wait for more details to get a complete picture.