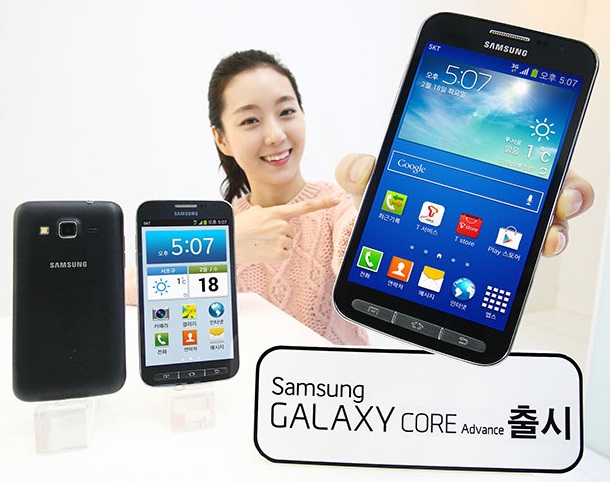 The smartphone is running Android 4.2 Jelly Bean operating system. It is 9.7mm thin and weight is 145 grams. It has 4.7-inch wide LCD Display along with 800*480 pixel resolution. Samsung Galaxy Core Advance comes with 1.2GHz dual core processor along with 1GB RAM on board.

There is 5-megapixel camera at back along with LED Flash as well. There is a VGA front camera too for video calling. There is 8GB internal memory with the memory card support up to 64GB. On connectivity front, it comes with 3G, Wi-Fi, Bluetooth 4.0 as well as NFC. Samsung Galaxy Core has 2000mAh battery.