South Korean tech giant Samsung has announced the launch of an Android Jelly Bean smartphone – Galaxy Fame in India at Rs 11,120. While the smartphone was already available in on several online retailer sites, it has been released officially only now. 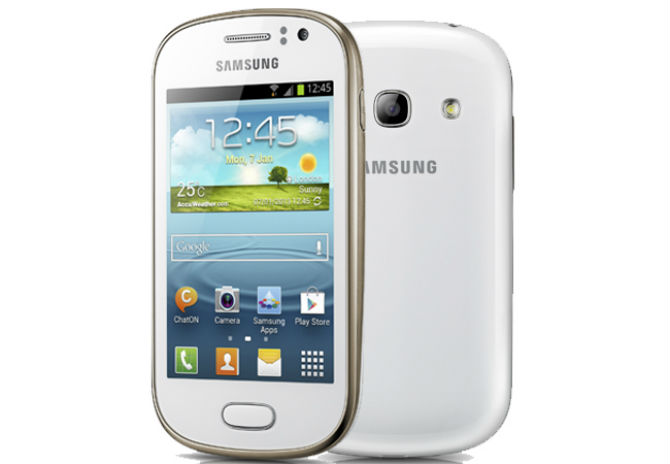 When it comes to specifications, Galaxy Fame sports a 3.5-inch capacitive touchscreen display with a HVGA resolution of 320×480 pixels, 1GHz processor and 512MB RAM. Further, with an internal storage capacity of 4GB, which can be expanded to 32GB, the Galaxy Fame runs on Android 4.1 Jelly Bean OS topped with Samsung TouchWiz Nature UX.

On the software side, the Galaxy Fame is preloaded with Samsung applications such as ChatON, S Cloud and Game Hub Lite.

Early this month, Samsung also took the wraps off Galaxy Young, which also a dual SIM smartphone priced at Rs 8,010. The Galaxy Young is fitted with a 3.27-inch display and is powered by a 1GHz processor, 728MB RAM, 4GB inbuilt storage and expandable storage up to 64GB. Also, running on Android 4.1 Jelly Bean OS, the Galaxy Young is loaded with a 1,300 mAh battery.

Analyzing the price range of both Galaxy Fame and Galaxy Young, it is clear that the former is priced significantly higher at Rs 11,120. At the same price range, there are many worthy offerings with quad-core processor like Micromax A110Q Canvas 2 Plus, Karbonn S2 Titanium and more.

Here is the video review of Galaxy Fame done by Intellect Digest. Check out the details below.