Samsung launched the 2016  version of its J7 smartphone in India, earlier this month. The Galaxy J7 2016 looks more stylish and comes with several upgrades over the predecessor.

If you are planning to buy a new smartphone and are confused whether you should buy the Samsung Galaxy 2016 or not, then we are here to help you. We got to spend some time with the phone and in this post, we have listed all the pros and cons of the device. Read on to find out Samsung Galaxy J7 2016 reasons to buy / not buy. 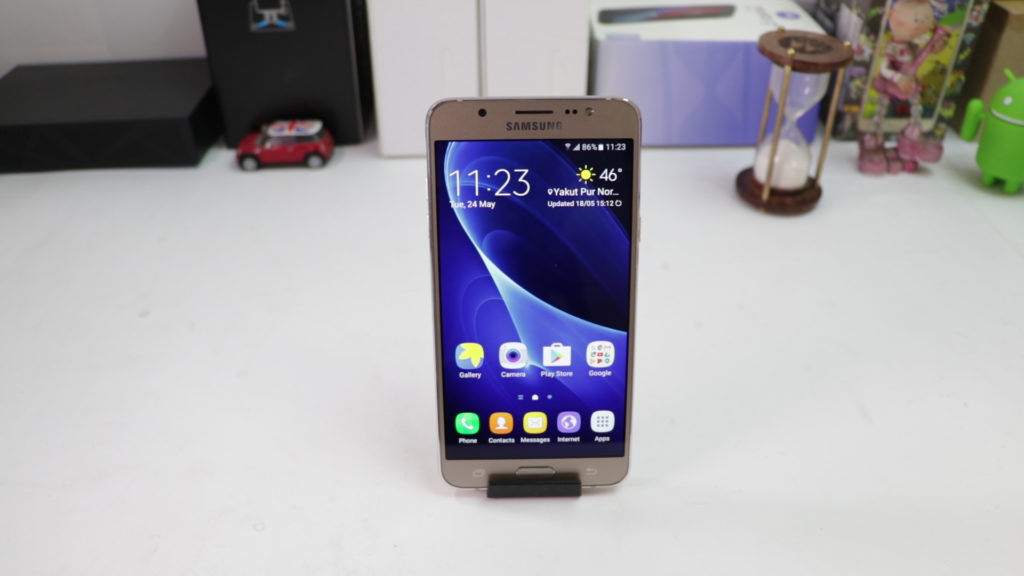 It features a plastic back with brushed metal finish and comes with metal frame along the edges which looks stunning. It is a compact, sleek and light weight phone which looks great in hand.

It packs a 5.5-inch Super AMOLED HD display with 720p resolution. The display is is sharp and bright with good viewing angles. Sunlight legibility of the phone is also nice and it is one of the best displays that we have seen in this price range.

Next reason is front LED flash which aids the 5 mega pixel front facing camera. It takes decent selfies with good detailing and clarity even in low lighting conditions.

Next reason is its impressive hardware and performance. It is powered by a 1.6GHz octa-core Exynos 7870 processor paired with 2GB of RAM. On testing it on AnTuTu benchmarks, we got score of around 45000 points. It handles gaming and multitasking with ease and there were no noticeable lags or heating issues while playing games or doing multitasking on this phone.

It supports NFC and also comes with an S Bike mode that turns the phone into a bikers phone to avoid distraction. It avoids distraction of the bikers due to incoming calls and helps them to concentrate on the road.

It is backed up by a 3300mAh battery which lasts for a day on moderate usage.  Also the battery is removable and allows users to replace it when required.

It runs Android Marshmallow operating system wrapped under TouchWiz UI. The software is clean and responsive and it also supports USB OTG.

It doesn’t come with auto brightness feature which means that users will have to adjust the brightness manually. There is however an outdoor mode feature to make up for it. This feature can be used to increase the brightness of the screen when you are outside.

The audio from speaker is just average and not as good as you would expect it to be.

The device lacks full HD display. Although the display quality is great but the resolution is just 720p which is again a downside since there are many smartphones in this price range that offer full HD display with 1080p resolution.

It doesn’t come with a fingerprint sensor which is a bit disappointing considering that there are some other smartphones in the same price range that come with fingerprint scanner for additional security.

It seems to be a bit overpriced. There are many other options available in the market in the same or even lower price range that offer better specs.