The Samsung Galaxy J7+ is coming soon. Now, a new leak has revealed several new features. The upcoming device will feature a dual-camera setup and Bixby AI assistant. It is expected to be an upgraded version of the Galaxy J7 (2017). Read more to find about Samsung Galaxy J7+ Price in India, Specifications, and Features 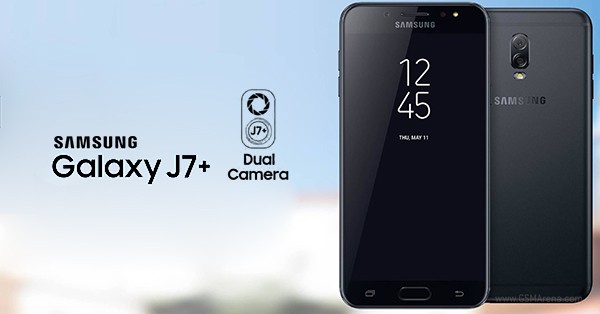 The Samsung Galaxy J7+ is expected to debut in Thailand, followed by other markets. It is expected to be priced at Rs 20,000. As of now, there is no confirmation about an Indian launch date or price. However, the spec sheet of the upcoming device seems to have been leaked.

Also read: Xiaomi Mi Mix 2 Tipped For September 12 – All We Know So Far

As per new leaks, the Samsung Galaxy J7+ will sport a 5.5-inch Super AMOLED display with a full HD resolution (1920 x 1080pixels). It will be powered by an octa-core processor and 4GB RAM. The 32GB internal storage can be expanded via a microSD card slot (up to 256GB). It is tipped to be backed by a 3,000mAh battery.

As per the new leak, the Samsung Galaxy J7+ will come with the Bixby AI assistant and a fingerprint scanner. It is expected to run Android 7.1.1 Nougat operating system. The dual camera comes with Samsung’s new Live Focus portrait mode (first introduced with the Galaxy Note 8). It allows to adjust the depth of field in photos in real time and after they are taken. 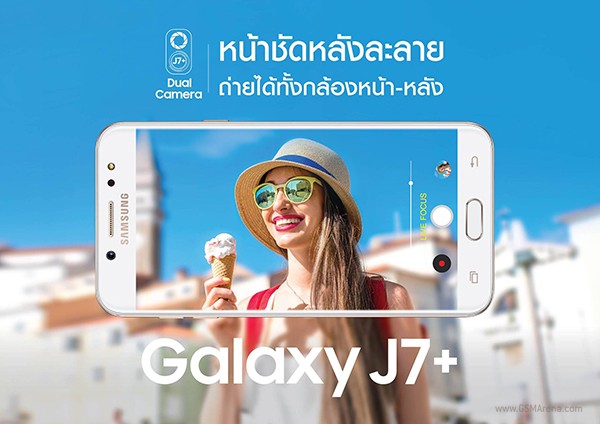 The Samsung Galaxy J7+ will feature a metal unibody design. It is expected to come in three color options – Black, Pink, and Gold.

Also read: Samsung Galaxy Note 8 Is Here – All You Need To Know

Recently, the South Korean tech giant launched its flagship Galaxy Note 8 device with two 12MP rear cameras. The new Samsung Galaxy J7+ will be the second Samsung smartphone with dual cameras on the back. We will have to wait for more details to emerge. Are you excited about the new mid-range device? Let us know in the comments section below.