Xiaomi is expected to launch a new smartphone next month. Several alleged screenshots of the upcoming smartphone have surfaced on the Internet. It shows the new trend of ‘bezel-less display’. The new handset is also expected to sport a 3D facial recognition feature. Read more to find about Xiaomi Mi Mix 2 Price in India, Launch Date, Specifications, and Features 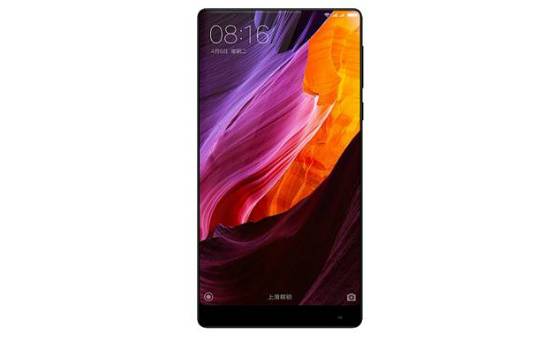 Earlier, some leaked reports suggested that the Xiaomi Mi MIx 2 will be announced by the end of this year. Now, a new leak hints that new the successor of the Mi Mix will be launched on the same date as iPhone 8 i.e September 12. Apple and Xiaomi have not confirmed the launch date or prices of the upcoming devices as yet. The Xiaomi Mi Mix 2 is expected to be priced at CNY 4,999 (approx Rs 48,000).

As per a GeekBench listing, the Xiaomi Mi Mix 2 will be powered by a Qualcomm Snapdragon 835 processor and 6GB RAM. It is tipped to come in three RAM/ internal storage configurations – 4GB/ 128GB, 6GB/ 128GB, and 8GB/ 256GB.

On the camera front, the upcoming smartphone is expected sport a 19-megapixel rear camera and a 13-megapixel front. It is rumored to sport a bezel-less 6.4-inch IPS LCD display with QHD (1440 x 2540 pixel) resolution. The Xiaomi handset is expected to be backed by a huge 4500mAh battery

The Xiaomi Mi Mix 2 is expected to run Android 7.1.1 Nougat operating system with MIUI 9 on top. It is expected to feature leaked image also shows dual speakers at the bottom of the device. The Mi Mix 2 may also come with USB-C port as a connectivity option.

According to a concept video shared by French designer Philippe Starck, the Mi Mix 2 will barely feature an outline of bezel on the top three sides. Additionally, even the bottom bezel that looks half as wide as the Samsung Galaxy S8. The video came with a caption – “Mi Mix 2 Conceptual Product Design WIP”.

Also read: LG V30 To Feature ‘Clearest’ Lens Ever On A Smartphone – Here’s All We Know

The Xiaomi Mi Mix 2 is expected to take on the flagship offerings from bigger brands. Will the Xiaomi smartphone usher in the next generation of truly bezel-less devices. We will have to wait for more details to emerge.

The Xiaomi Mi Mix features a 6.4-inch display and runs on Android 6 Marshmallow. It is powered by a Qualcomm Snapdragon 821 SoC and a 4400mAh battery. On the camera front, the Mi Mix sports a single 16MP rear camera and a 5-megapixel front camera. The phablet comes in two variants – 4GB RAM/128GB internal storage and 6GB RAM/256GB storage. Are you excited about the upcoming device? Let us know in the comments section below.