Recently, Samsung launched its much-awaited Galaxy S9 and Galaxy S9 Plus smartphones. The company is already at work on its next-generation J-series handsets. The Samsung Galaxy J6 and Galaxy J8 have been spotted on the benchmarking websites. Both handsets are tipped to be powered by an octa-core SoC. Read more to find about Samsung Galaxy J8, Galaxy J6 Price in India, Specifications, and Features 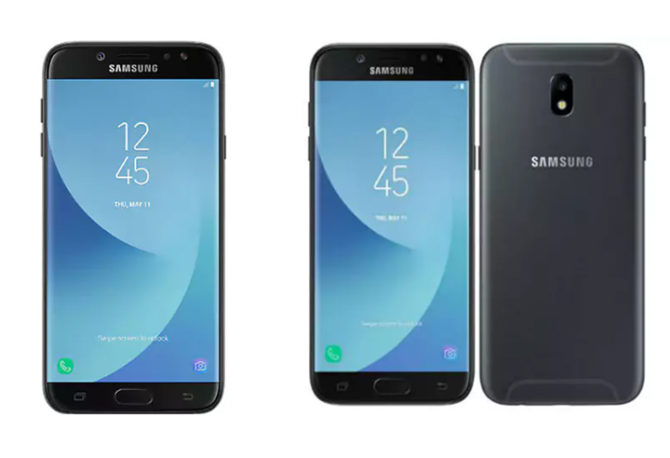 As of now, there is no information about the price and availability of the new smartphones.

According to a benchmark listing, the upcoming Samsung Galaxy J8 will be powered by a 1.6GHz Exynos 7870 octa-core processor (with LTE Cat.6 2CA Modem), Mali G-71 GPU and 3GB RAM. It is tipped to run Android 8.0 Oreo operating system. A previous listing hinted at a 4GB RAM variant of the smartphone.

In terms of optics, the upcoming smartphone is likely to feature up to 16-megapixel sensors on the front and the back. It might also sport dual camera setup with 8-megapixel sensors. The Galaxy J8 is said to sport a 5.5-inch display with HD (720 x 1280 pixels) resolution.

As per a recent Geekbench listing, the Galaxy J6 (model number SM-J600F) will run Android 8.0 Oreo operating system out-of-the-box. It will also be powered by a 1.6GHz Exynos 7870 octa-core processor (built on the 14nm process) and 2GB RAM. The display on the smartphone is said to come with a resolution of 1200×1920 pixels.

Samsung seems to be expanding its line-up J-series of smartphones this year. Recently, the Samsung Galaxy J2 (2018) with model number SM-J250F has also been listed on a Russian website. As per the listing, the new handset sports a 5.0-inch Super AMOLED display with qHD (540 x 960 pixels) resolution. It will be powered by a 1.4GHz quad-core Qualcomm Snapdragon 425 (MSM8917) processor along with 1.5GB RAM and 16GB internal storage. In terms of optics, the upcoming smartphone sports an 8-megapixel rear camera with an LED flash. The 5-megapixel front camera comes with a selfie flash. The upcoming handset is backed by a 2600mAh battery.