After visiting GeekBench website earlier this month, Samsung’s upcoming smartphone Samsung Galaxy Mega On has been spotted on TENAA. The listing of the device reveals its specifications which are in line with the previous leaks.

As for specifications, it will be powered by a 64-bit 1.2 GHz quad-core Qualcomm MSM8916 Snapdragon 410 processor paired with Adreno 306 GPU and 1GB of RAM. Running Android 5.1.1 Lollipop operating system, it will feature a 5.5-inch HD (1280×720 pixels resolution) display. Other specifications of the device include 8GB internal memory (expandable via microSD card), 13 mega pixel rear camera with LED flash and 5 mega pixel front camera. 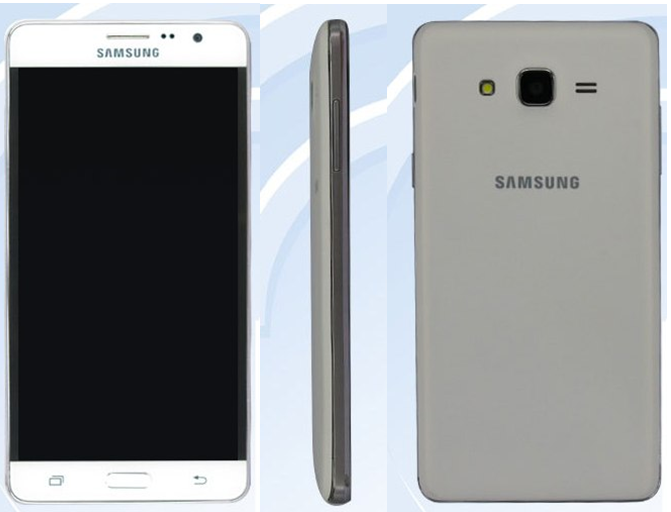 There is no word on when the company plans to launch the Samsung Galaxy Mega On smartphone. Pricing and availability details are likely to be unveiled at the time of launch.

Samsung is reportedly working on a new smartphone, dubbed the Samsung Galaxy Mega On. The Galaxy Mega On will belong to Samsung’s yet to be announced Galaxy ‘O’ series. Another upcoming smartphone- Grand On is also said to be a part of the O series line-up. The Galaxy Mega On with model number SM-G6000 has appeared on GeekBench website detailing the specifications and feature which it will be packed with.

According to the listing, the Galaxy Mega On will be powered by a Qualcomm MSM8916 Snapdragon 410 processor paired with 1GB of RAM. On software front, it will run Android 5.1.1 operating system. Other features of the device include 5.5-inch display with 1080×720 pixels resolution, 8GB inbuilt storage, 13 mega pixel rear camera and 5 mega pixel front camera.

It will be backed up by a 3000mAh battery. Moreover, the GeekBench3 benchmark test of the device gave score of 460 and 1367 in single-core and multi-core tests. 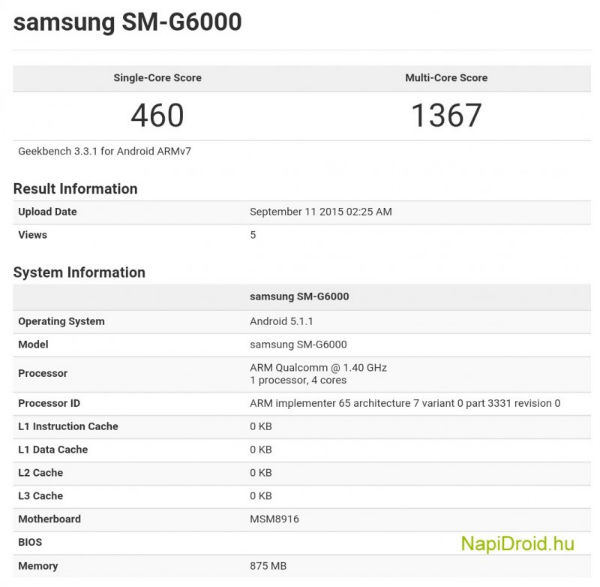 Samsung also launched its Galaxy J2 smartphone in India earlier this week. This affordable smartphone is priced at Rs. 8,490 and comes with 4G LTE support. It packs a  1.3 GHz quad-core Exynos 3475 processor and features a 4.7-inch qHD Super AMOLED display with 960×540 pixels resolution. The device sports a 5 mega pixel rear camera with LED flash and a 2 mega pixel front facing camera. It houses 8GB internal memory (expandable up to 128GB via microSD card) and is backed up by a 2000mAh battery. Besides 4G LTE, it offers Wi-Fi, Bluetooth and GPS as connectivity options. The Galaxy J2 measures 136.5x69x8.4mm in dimensions.