Samsung has finally launched its flagship phablet, Samsung Galaxy Note 5 in India. It was unveiled at the Unpacked event in New York last month alongside Galaxy S6 Edge+ which was launched in India for Rs. 57,900. The Galaxy Note 5 succeeds the Galaxy Note 4 and comes with several upgrades over its predecessor.

Under the hood, is powered by a 64-bit octa-core Exynos 7422 processor paired with 4GB of RAM. It runs Android 5.1.1 Lollipop operating system with TouchWiz and features a 5.7-inch QHD Super AMOLED display with 2560×1440 pixels resolution and Gorilla Glass 4 protection. Based on storage, it comes in two variants- 32GB and 64GB. 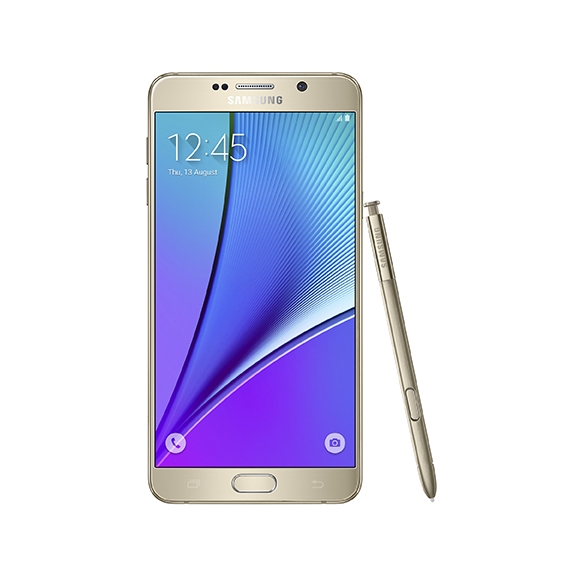 On camera front, the device sports a 16 mega pixel rear camera with OIS (optical image stabilization) and a 5 mega pixel wide-angle front facing camera. Backed up by a 3000mAh battery, it measures 153.2×76.1×7.6mm in dimensions and weighs 171 grams. The smartphone offers 4G LTE, Wi-Fi, Bluetooth and NFC as connectivity options. The Galaxy Note 5 comes with S Pen with eject button using which it can be removed easily with a push. Users will not have to pull it out using their fingernails. On aesthetics front, it boasts of its all glass and aluminum design.