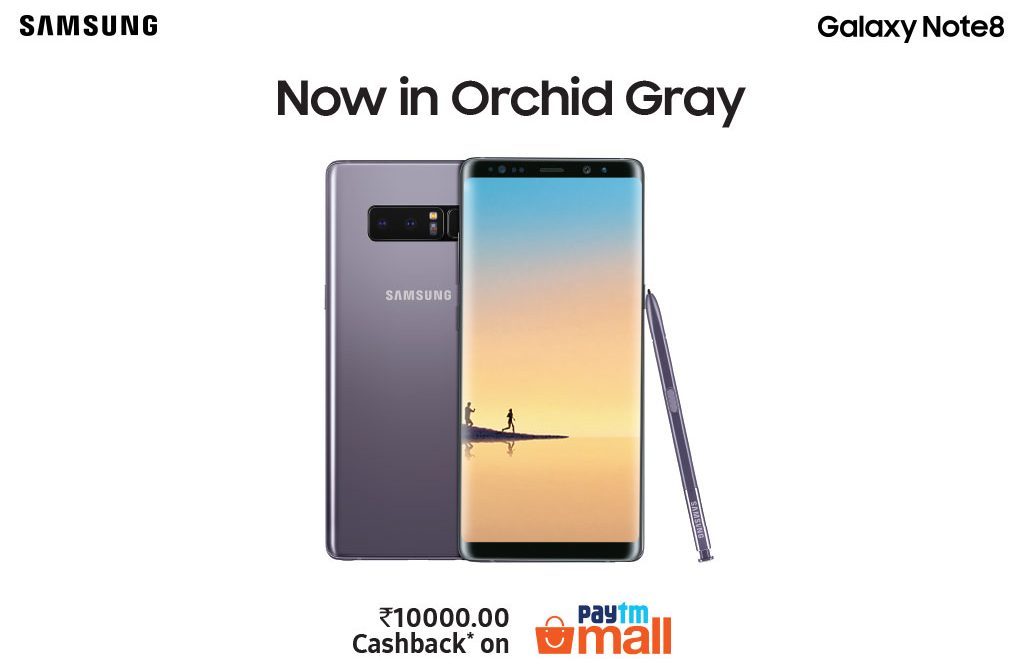 The smartphone has already started selling from 17th April 2018.

The unique selling point of the Galaxy Note 8 is its S-Pen stylus. It has a 0.7mm rubber tip and 4,096 pressure sensitivity level. According to Samsung, these features give it a real pen-like experience.

The smartphone displays a 6.3-inch screen. It has Super AMOLED panel and a resolution of 2960×1440 pixel (WQHD+). The device comes with the company’s trademark always-on functionality. The smartphone is powered by an octa-core Exynos 8895.64 bit (10nm-based) processor. It also comes with 6 gigs of RAM, and 64GB of internal storage (which is expandable). The smartphone is dual-SIM. It runs Android 7.1.1 Nougat-based TouchWiz UI (Samsung Experience UX). It also supports 4G LTE connectivity.

Currently the Galaxy Note 8 can be upgraded to Android Oreo in India.

In the optics department, the Samsung Galaxy Note 8 arguably sports a rear dual-camera setup. It has two 12MP cameras with wide-angle and telephoto abilities. One of the sensors has a f/1.7 aperture and optical image stabilization. The other 12MP sensor sports a f/2.4 aperture and optical image stabilization (allow up to 2X optical zoom). Along with allowing for 2X optical zoom and wide-angle photos, the dual camera module comes with a Live Focus feature which facilitates fancy portrait shots. The smartphone comes with an 8-megapixel camera on the front.

In the power department, the Samsung Galaxy Note 8 comes with a 3,300mAh battery pack. For charging and data-syncing, the device uses USB Type-C. Above all, out-of-the-box, fast and wireless technologies are also supported.

The Galaxy Note 8 was one of Samsung’s flagship smartphones of 2017. The smartphone’s connectivity options are Wi-Fi 802.11 a/b/g/n/ac, NFC, Bluetooth 5.0, GLONASS and GPS. Meanwhile, the smartphone also has a mounted fingerprint sensor on the rear, proximity sensor, gyroscope, ambient light sensor, Iris scanner, accelerometer, and barometer. Moreover, the smartphone is already being sold in its Midnight Black, Maple Gold and Deep Sea Blue variants. 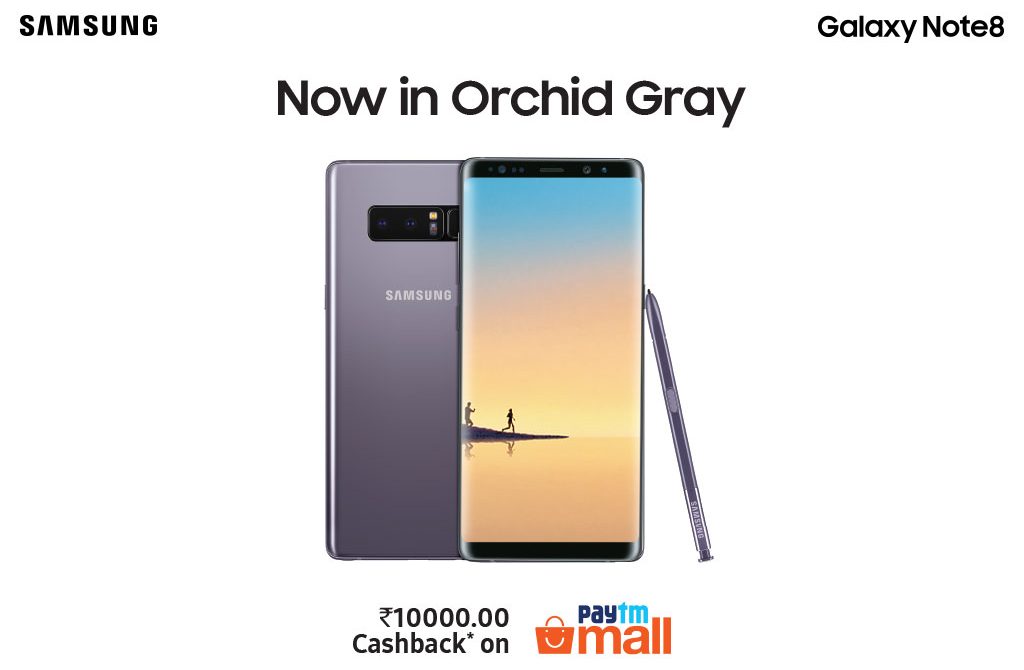