The smartphone has a high degree of dust and water protection (IP67), allowing it to be submerged in water up to a meter deep for up to 30 minutes. Inside, it has the same 1.9GHz quad-core processor and 2,600mAh battery, nestled behind the same 5.0-inch 1080p LCD screen as its less robust cousin. 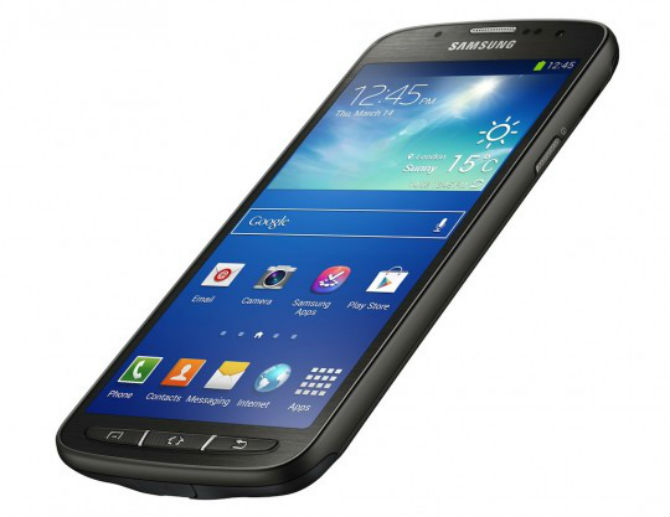 Speaking of specifications, Galaxy S4 Active flaunts a 5-inch full HD display with a resolution of 1920×1080 pixels and 443 ppi pixel density. Also, it features the Samsung’s Glove Touch technology, which allows one to use the display even when wearing gloves.

Galaxy S4 Active is powered by a 1.9GHz quad-core processor paired with 2GB of RAM and includes features like an 8-megapixel rear camera with LED flash, 2-megapixel secondary camera, 16GB of internal storage that can be expanded up to 64GB using a microSD card and a 2,600mAh battery.

The USP of Galaxy S4 Active is ruggedness and to help it survive in the wild, the device is water and dust resistant and the camera also has an Aqua mode which helps in clicking enhanced underwater photos.

The Galaxy S4 Active comes in Urban Grey, Dive Blue and Orange Flare and would go on sale this summer starting from U.S. and Sweden. It would be showcased at the Samsung Premier 2013 event in London on June 20, 2013 alongside Galaxy S4 mini.