As Asus acquired the spotlight of Computex 2013, Samsung announced the Galaxy Tab 3 in its 10.1 and 8-inch avatars. On specs front, it may not be ground breaking, but if one goes through the spec sheet of the 10.1 model one notices a dual-core 1.6GHz processor without any information of its make.

Going through the earlier rumors, it was speculated that the Galaxy Tab 3 lineup will come up with the Intel CloverTrail+ CPU and it just happens that the Intel Atom Z2560 chip is a dual-core chipset clocked at 1.6GHz, so the one used in the Galaxy Tab 3 10.1 could be the same chipset. 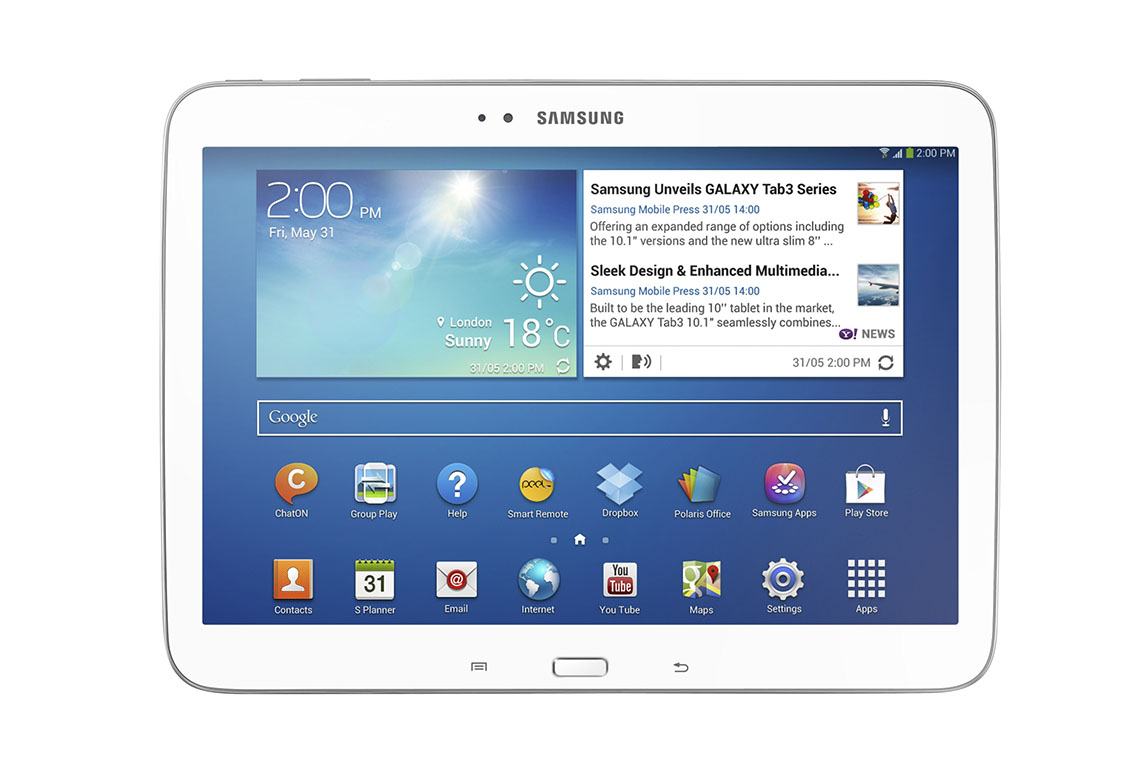 The Galaxy Tab 3 8 on the other hand has a 1.5GHz dual-core processor, which probably is not made by Intel and is likely based on ARM architecture. Other than this, both the tablets are traditionally Samsung.

The 10.1 model has a display with a resolution of 1280×800 pixels, it has a 3-megapixel rear camera and 1.3-megapixel front facing camera and is available in 32GB and 16GB variants, and the memory can be expanded further via the microSD card slot. It also has 1GB of RAM and a 6,800 mAh battery and runs on Android 4.2 Jelly Bean. Samsung has really slimmed it down at 7.95 mm, and it weighs only 510 grams.

“Designed to be held in one hand, the new GALAXY Tab 3 8-inch is the optimal device for viewing videos, playing enhanced games, and reading e-Books anytime, anywhere. Outstanding slim bezel for effective and maximum screen use makes Samsung’s “reading mode” technology which optimizes the display to deliver perfect illumination and tone for comfortable paperlike readability in a variety of lighting conditions work better on its 8-inch screen,” Samsung noted in a press release.