Apple has finally launched its latest smartphone Apple iPhone 6s. The device succeeds the iPhone 6 and comes with several hardware improvements over the predecessor. The design language however remains the same.

If you are currently using an iPhone 6 and are confused about whether to upgrade to iPhone 6s or not, then in this post, we have listed all improvements that iPhone 6s brings with it to help you decide if iPhone 6s is worth an upgrade! Read on to find out whether you should upgrade to Apple iPhone 6s from iPhone 6 or not. 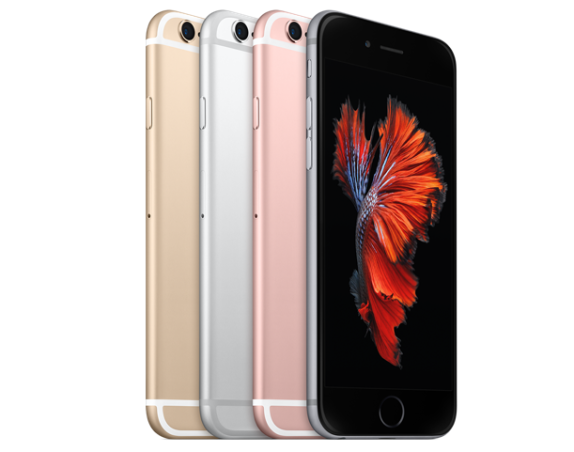 iPhone 6s retains the same design as the predecessor iPhone 6. It comes with sleek and flat design in an aluminium shell. Besides three color options in which the iPhone 6 is offered- Silver, Gold and Space Gray, the 6s will also be available in Rose Gold color option.

The iPhone 6s comes with an upgraded chipset- Apple A9 paired with 2 GB of RAM as compared to Apple 1.4GHz dual-core A8 processor of iPhone 6 coupled with 1 GB of RAM.

The iPhone 6s runs iOS 9 which will be made available to existing iOS devices on September 16.

While the screen size of both smartphones is 4.7-inch with 1334×750 pixels resolution and 326ppi pixel density, the iPhone 6s comes with 3D Force Touch display. The display recognizes and responds to different types of pressures (tap, press, long press) the user applies to perform various functions.

Just like its predecessor, the Apple IPhone 6s will be available in three variants based on storage- 16GB, 64GB and 128GB. All the variants lack microSD card support for expandable storage.

The iPhone 6 is backed up by 1810mAh battery. There is no word on battery capacity of iPhone 6s. As per the company’s website, both devices are claimed to deliver up to 14 hours of talk time 3G network and up to 10 days of standby time.

Besides 3D Force Touch display and Retina flash feature, the iPhone 6s comes with second generation Touch ID fingerprint sensor which is said to be twice as fast as the one present on the predecessor. It also comes with always on ‘Hey Siri’ which lets users invoke virtual assistant without pressing any buttons.

Though the iPhone 6s retains the same design as its predecessor, yet there are plethora of hardware upgrades which it comes with over the iPhone 6. The iPhone 6s also comes in a new color variant- Rose Gold. Looking at the hardware tweaks, improved processor, bumped up camera, 3D Force touch display, improved Touch ID and more, the Apple iPhone 6s is certainly worth an upgrade!