Yu Televentures has launched its affordable 4G LTE enabled smartphone, called the Yu Yunique in India. The handset is priced at Rs. 4,999 and will go on sale exclusively on Snapdeal starting September 15, 2015 while registrations for the sale will close at 8:00 pm on September 14.

What sets Yu Yunique apart from other smartphones in the sub-Rs.5,000 category is that it offers 4G LTE connectivity. In this post, we go hands on with the Yu Yunique to let you know what the device has in store to offer. Read on to find out Yu Yunique hands on and first impressions with video. 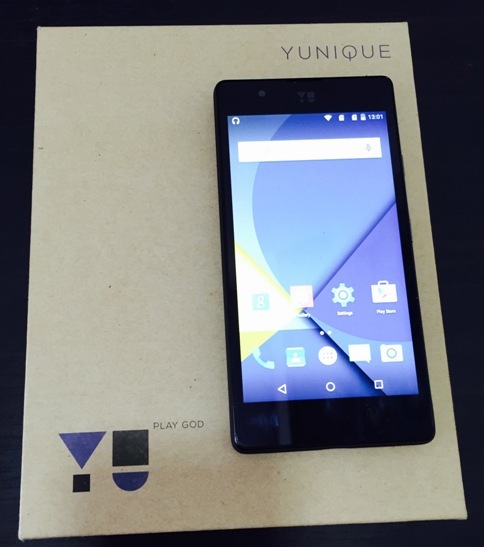 On design front, it looks like a scaled down variant of Yu Yuphoria which was launched back in May 2015. The handset measures 134.5×67.5×8.3mm in dimensions and feels nice while holding in hand. The power button is located between volume rockers on the right edge. There are on-screen navigation buttons at the bottom.

There is 3.5mm audio port on the top edge while the left edge is totally clean. 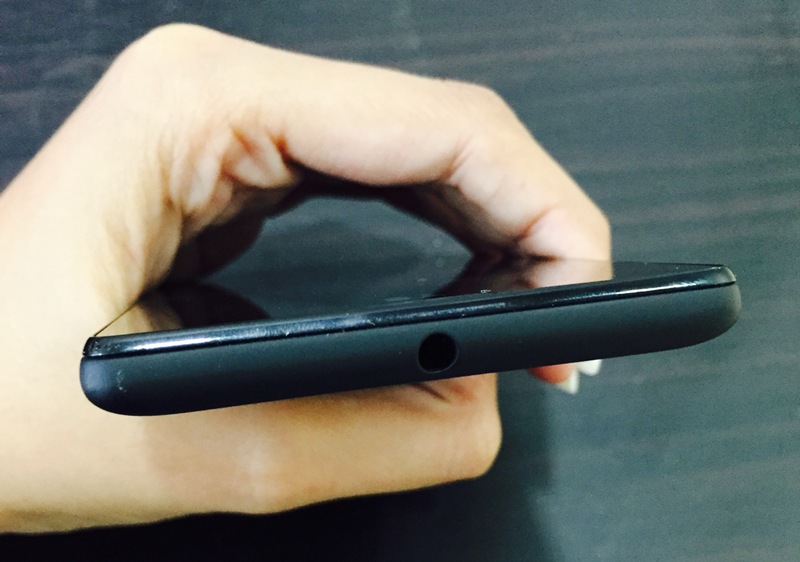 At the bottom, there is charging port.

It features the same Saturn ring rear camera design as the Yuphoria. It sports an 8 mega pixel auto focus camera with LED flash, f/2.0 aperture and a 2 mega pixel front facing camera. The camera results are pretty much satisfactory. There are several modes- portrait, landscape, automatic, HDR, candle light, sports mode among others which you can select from while using rear camera. 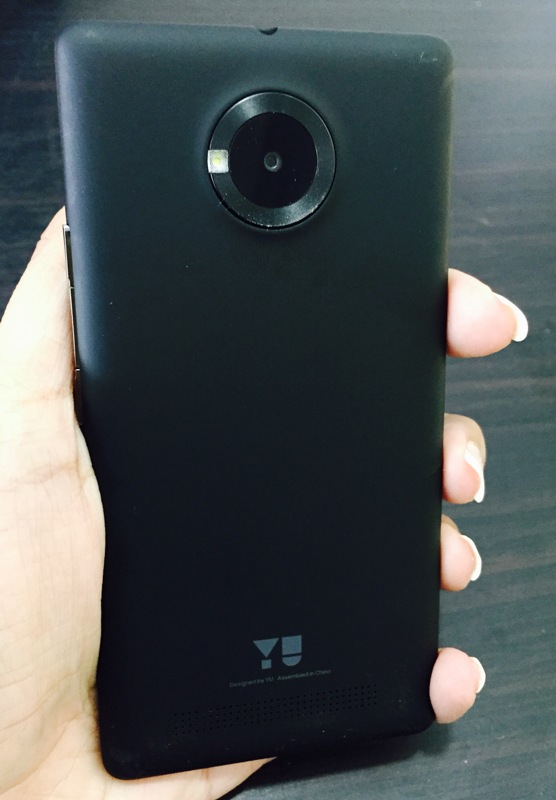 There is long speaker grill near the bottom on the rear. The audio gets slightly muffled when handset is placed on a flat surface. 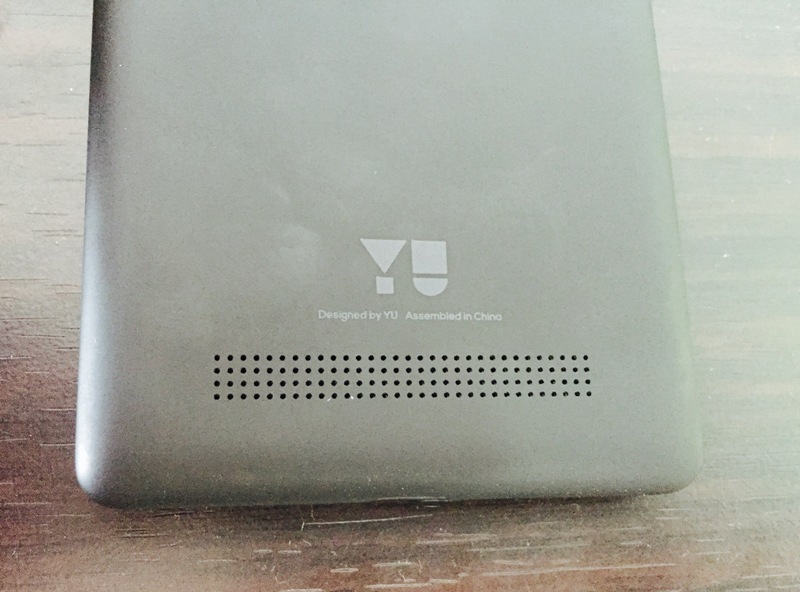 It sports a 4.7-inch HD display with 1280×720 pixels resolution. The display features Corning Gorilla Glass 3 for protection against scratches which is too much to offer with a smartphone in this price range. 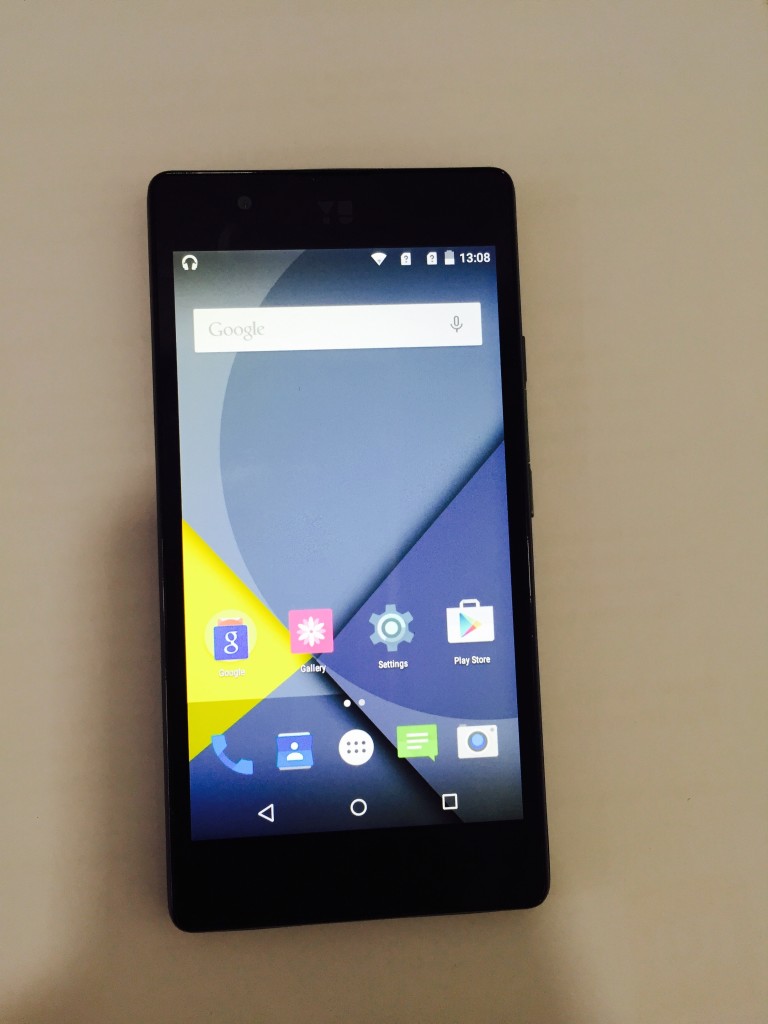 It comes with a removable back however the 2000mAh battery is non removable. The removable rear panel allows users to access dual SIM cards slots and microSD card slot. There is 8GB of inbuilt storage onboard out of which around 5GB is user available. The Yunique supports microSD card for expandable storage up to 32GB. It supports USB OTG and applications can be moved to microSD card. It is backed up by a 2000mAh battery which according to the company, is claimed to deliver up to 7 hours of talk time and up to 271 hours of standby time. 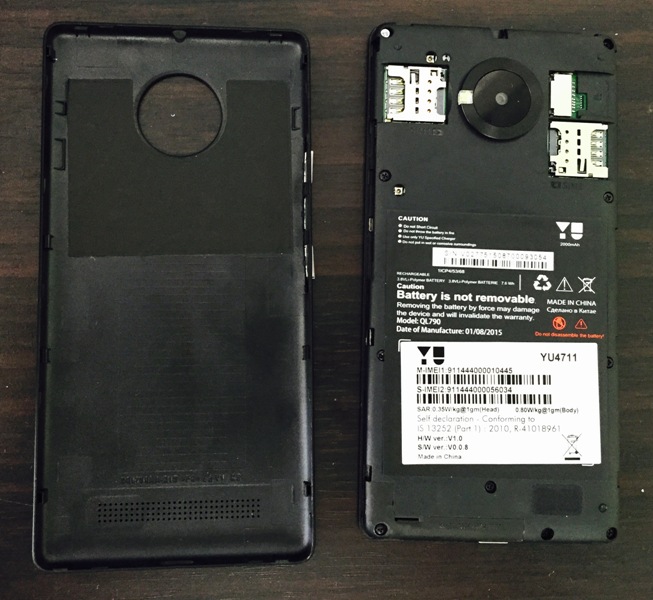 On software front, it runs pure Android 5.1 Lollipop with nearly negligible bloatware. Users however, can flash Cyanogen OS 12.1 on Yunique if required. It is powered by a 64-bit 1.2GHz quad-core Snapdragon 410 paired with Adreno 306 GPU and 1GB of RAM. It handles games with moderate graphics with ease and does not create any lag.

If your budget is tight and you are looking for an affordable Android smartphone within R. 5,000 price range loaded with decent features, 4G LTE support and impressive looks then the Yu Yunique is worth to put your bet on.