Sony is reportedly working on a new compact smartphone. Specifications of this phone with model number- E5663 have surfaced on GFXBench website.

As for specs, the websites listing have revealed that the device will be powered by a 1.9GHz octa-core Mediatek MT6795 processor paired with PowerVR G6200 GPU and 3GB of RAM. It will feature a 4.6-inch display with 1920×1080 pixels resolution which is better than 4.6-inch 720p display of the Xperia Z3 Compact.

The benchmarking website also hints at  21 mega pixel rear camera and a 13 mega pixel front facing camera. On software front, it is slated to run Android 5.0 Lollipop. There will be 16GB of inbuilt storage onboard. 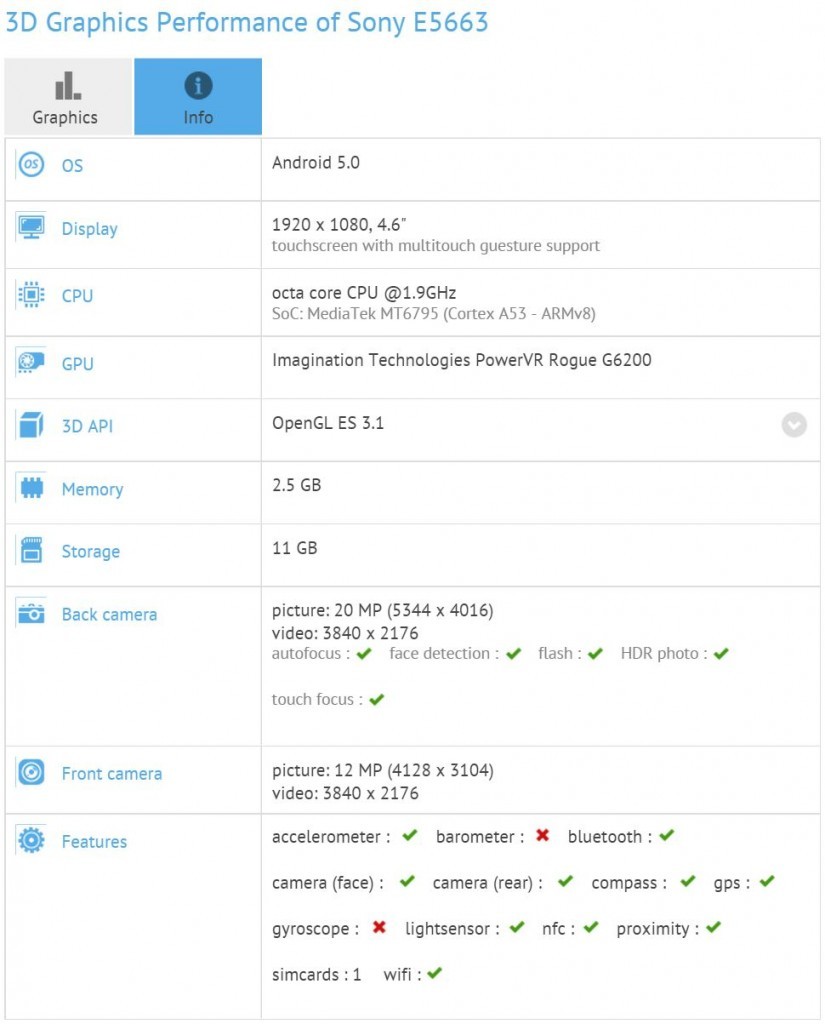 There is no word on pricing, availability and exact name of the handset. Zauba listing shows value of each unit as Rs. 11,772 however the actual pricing could be different than this.

The details mentioned above are just leaks and should be taken with a grain of salt since Sony has not revealed anything about its upcoming Sony E5663 smartphone as of now.