Under the hood, the Cloud N IPS is powered by a 1.2GHz quad-core Spreadtrum SC7731 processor paired with 512MB of RAM. Running Android 4.4.2 KitKat operating system, it features a 4-inch WVGA IPS display with 800×480 pixels resolution. There is 4GB of internal storage onboard which is expandable up to 32GB via microSD card. On camera front, the handset sports an 8 mega pixel rear camera with LED flash and a 2 mega pixel front facing camera. 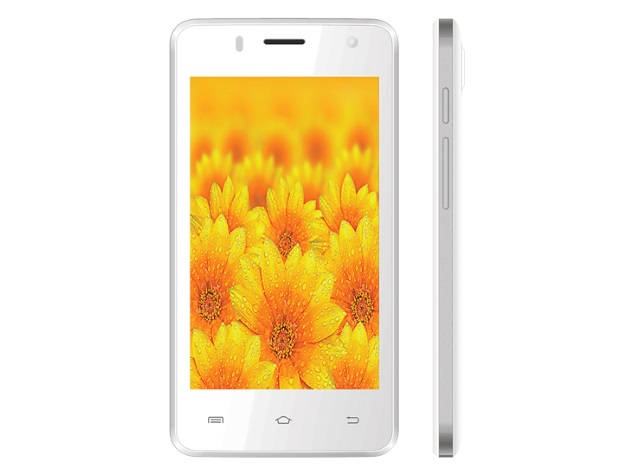 Backed up by a 1400mAh battery, it is claimed to deliver up to 11 hours of talk time and up to 235 hours of standby time. The device measures 124×64.5x9mm in dimensions, weighs 101 grams and can be grabbed in Black and White color options. Connectivity options which the handset offers include 3G, Wi-Fi, Bluetooth and Micro-USB.

The Intex Cloud N IPS is now listed on company’s official website for Rs. 4,350. It is also avaailable to purchase online for a price as low as Rs. 3,785. Intex is yet to make an official announcement for the same.