Sony has unveiled its Sony Xperia Z5 Compact smartphone at the IFA 2015 alongside its flagship smartphone Xperia Z5. The Z5 Compact is essentially a compact version of the Xperia Z5. Under the hood, it is powered by a 64-bit octa-core Qualcomm Snapdragon 810 processor paired with Adreno 430 GPU and 3GB of RAM. Running Android 5.1 Lollipop operating system, it features a 4.6-inch HD display with 1280×720 pixels resolution and Corning Gorilla Glass 3 protection. 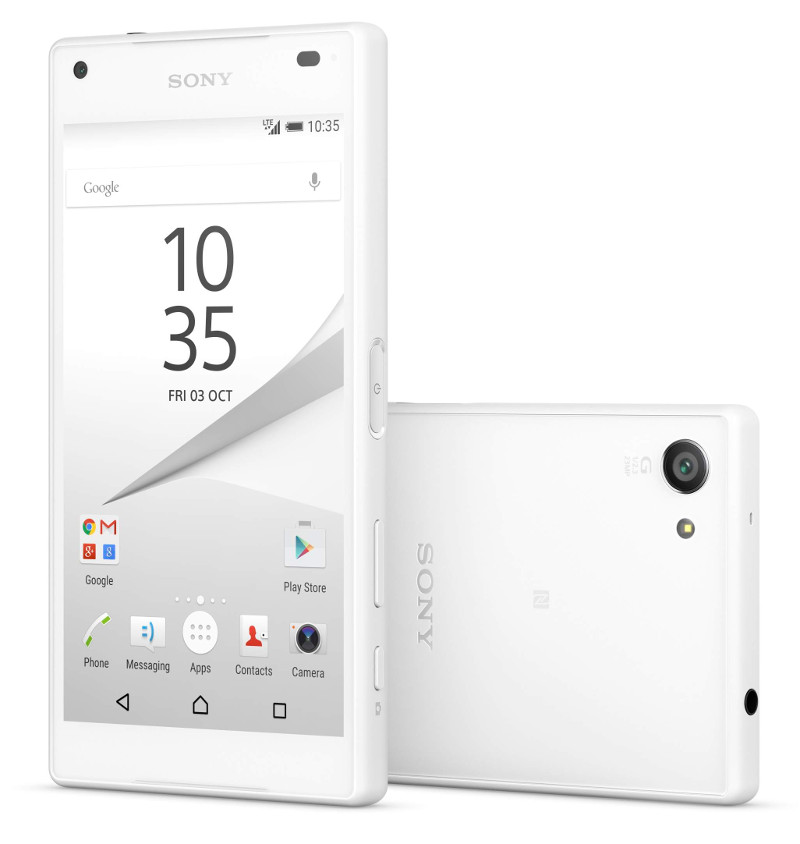 On storage front, it houses 32GB of inbuilt storage which is expandable up to 200GB using microSD card. Backed up by a 2700mAh battery, it can survive for up to two days on single charge on Stamina mode. Connectivity options include 4G LTE, Wi-Fi, Bluetooth, GPS and NFC.

The Xperia Z5 flaunts Sony’s Omnibalance design. It comes with IP65/IP68 rating for resistance against water and dust. It features a fingerprint scanner which is integrated into the power button while the Sony logo is engraved on its left edge. It comes bundled with high-res audio in-ear headphones.

The Sony Xperia Z5 Compact will be rolled out globally for sale starting October 2015 in White, Black, Yellow and Coral color options.