It is the era of the quad-cores and the octa-cores but the segment which brings in the maximum amount of volumes is the budget smartphone segment. Spice Mobility, the company which started out as a telecom service provider in the country is now very well on route of competing with the Indian electronics manufacturers. The company has been constantly launching more and more budget smartphones in the Indian market and the latest one to join the ranks is the Spice Smart Flo Mi-351 and comes with a price tag of Rs 3,699.

The budget device comes with a 3.5 inch capacitive display and has a dual-sim support like every budget offering out there in the market. It will run on a slightly older version of Android, Android 2.3 Gingerbread and will derive the processing power from a 1 GHz single core processor which would be complemented by a 256 MB RAM and 512 MB of internal storage. The device offers some pretty decent specs for the price it asks. 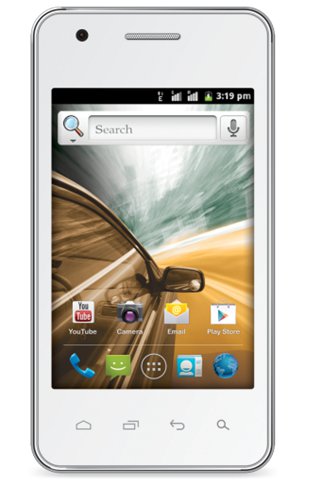 Some of the key specifications of the device are:

The Smart Flo Mi-351 will compete with the budget offerings from the compatriots like the Micromax, Lava and iBall. The sub Rs.4,000 will see a host of launches in the coming few days with the companies offering some yester year specs and older versions of Android to keep the costs to a bare minimum. But this is not at all as bad as it sounds. It might just be the time when people start shifting to budget smartphones instead of the feature phones which is quite a good news in itself.