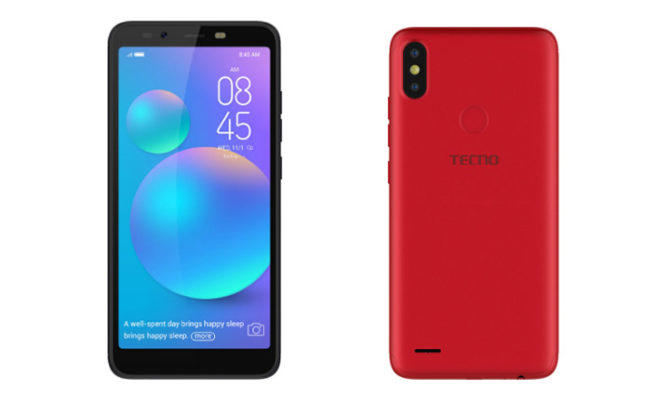 As part fo launch offer, both handsets come with instant cashback from Jio (worth Rs 2,200). The cashback will be offered via 44 vouchers worth Rs 50 each, which can be used while purchasing recharges of Rs. 199 and Rs. 299.

The new Tecno Camon iAce sports a 5.5-inch display with full-HD+ resolution and 18:9 aspect ratio. It is powered by a 1.5GHz quad-core MediaTek MT6739WW processor and 2GB RAM. The 16GB internal storage can be further expanded via a dedicated microSD card slot (up to 128GB).

In terms of optics, the new smartphone sports a 13-megapixel rear camera and an 8-megapixel front camera. Both cameras come with f/2.0 aperture and dual-LED flash. The Camon iAce is backed by a 3050mAh battery.

Also read: Xiaomi Pocophone F1 Coming To India On August 22 – All We Know So Far

The new smartphone sports mostly similar features as the Tecno Camon iAce. However, the iSky 2 sports a dual rear camera setup (with dual LED flash) on the back. It combines a 13-megapixel primary sensor with a 0.3-megapixel secondary sensor. Additionally, it comes with a fingerprint sensor.

With the Tecno phones, the company aims to offer competent features in the under-Rs 8,000 segment. “Filling-in the gap for generation next, the latest Camon iAce & iSky 2 tick every box for a consumer looking for a perfect camera-centric smartphone in the sub-Rs. 8,000 by offering the best combination of features at the great price,” said Gaurav Tikoo, CMO, Transsion India. What do you think of the new budget smartphones? Which of the two would you pick? Let us know in the comments section below.