Videocon is looking to increase their market share in the budget smartphone arena in the country and has just launched the Videocon A27 and the device will have 3G connectivity as one of its main selling points as it comes at a price tag of a mere Rs.5,999 and not many devices in that price bracket have 3G on offer as a connectivity option. The dual SIM smartphone is now up for grabs and can be bought from retail stores and e-commerce websites. And it can be bought in black and white colour options. 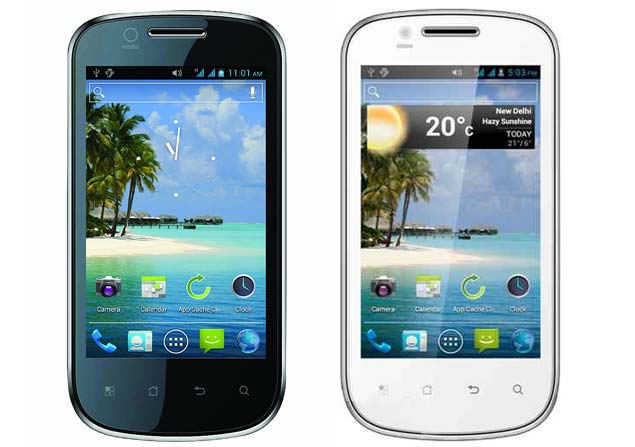 The Videocon A27 will have a 4.0 inch WVGA screen as its display unit and the budget smartphone will run on Android 4.0.4 Ice Cream Sandwich. Its processing power will be given from a 1GHz single-core Broadcomm processor and the rear of the smartphone will get a 3.0 MP camera coupled with a VGA front camera to facilitate video calling. The smartphone will face a lot of resistance from the Huawei Ascend Y210D which offers similar specs but has a smaller screen and costs Rs.1,000 less than the Videocon offering.

Some of the key specifications of the smartphone are:

The Indian smartphone market is getting crowded with budget smartphones from Indian as well as Chinese electronics brands. Videocon A27 will have a hard time in making a niche for itself with Micromax going all guns out in the budget smartphone segment. But then the only ray of hope which we believe Videocon will have is the fact that Videocon is a renowned brand in the country and SRK endorses it. So yes, SRK telling you to buy this smartphone in their advertisements might just help Videocon in the smartphone arena.