Vivo is known for continously churning out new smartphones in the market. Now, a new handset has received the TENAA certification. Highlights of the device include triple rear cameras, an octa-core SoC, and 4GB RAM. Read more to find about Vivo V1901 Price in India, Specifications, and Features 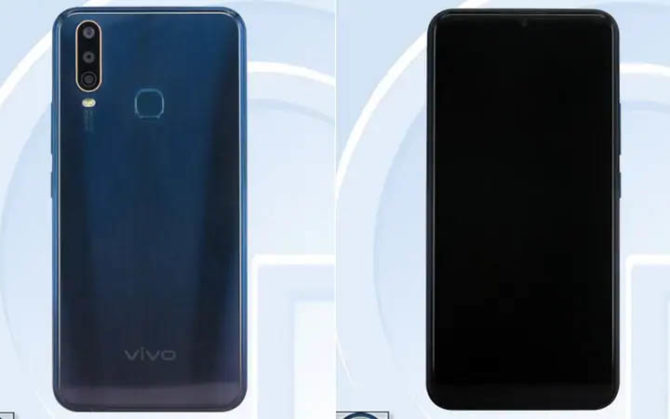 As of now, there is no information about the price and launch date of Vivo V1901.

In terms of optics, the upcoming handset will sport a triple rear camera setup (13-megapixel + 8-megapixel + 2-megapixel) at the back. It is tipped to sport a 16-megapixel/ 8-megapixel front camera.

The Vivo smartphone is backed by a 4,880mAh battery. The 64GB/ 128GB internal storage can be further expanded via a microSD card (up to 256GB).

The Vivo V1901 is likely to run Android Pie operating system. It measures 159.43 x 76.77 x 8.92mm and weighs 190.5 grams. The upcoming device will come in two color variants – Gradient Blue and Gold. Additional features include a waterdrop notch and a rear-mounted fingerprint sensor.

Also read: Google Pixel 3a, Pixel 3a XL Revealed – Here’s All We Know So Far

What do you think of the specs of Vivo V1901?  Share your thoughts with us in the comments section below.