Xiaomi has launched its first ‘Made in India’ power banks in the country. The new Xiaomi Mi Power Bank 2i is manufactured at the company’s facility in Noida, Uttar Pradesh’. Xiaomi already had two smartphone manufacturing plants in Sri City, Andhra Pradesh. The new power bank comes in 10000mAh and 20000mAh capacities. Read more to find about Xiaomi Mi Power Bank 2i Price in India, Specifications, and Features 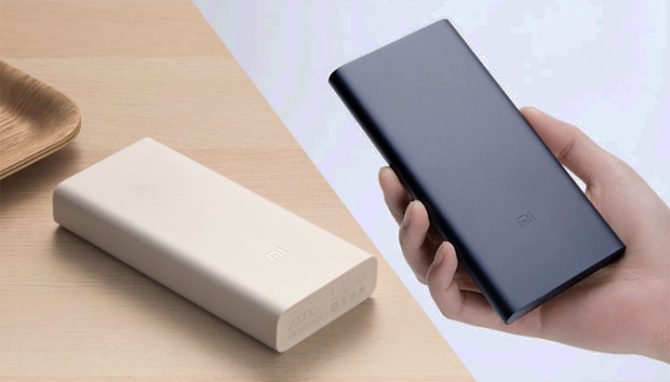 The new Mi Power Bank 2i (10,000mAh capacity) is priced in India at Rs 799. The 20,000mAh capacity model is priced at Rs 1,499. The new power bank will be available from Xiaomi’s official website (Mi.com) and Mi Home from November 23. In December, the Power Bank 2i will be available across all Mi Preferred Partner stores and other retail partners.

The 10,000mAh power bank is only 14.2mm thin and weighs 240 grams. It comes with high-density lithium polymer battery that offers a conversion rate of up to 90 percent. The new power bank is made of anodized aluminum alloy case and offers an actual output capacity of 6500mAh.

The 20,000mAh power bank supports single-port Quick Charge 3.0 technology. The 5.1V/3.6A dual output on the device offers conversion rate up to 93 percent. It has an actual output capacity of 13,000mAh. The power bank is made from PC + ABS material. It weighs 358 grams.

As per Xiaomi, the Mi Power Bank range is selling four times higher than Lenovo in India (making it third highest selling in the country). In fact, the fake versions of the original Mi Power Bank models are surpassing traditional competitors. Xiaomi has started using a hologram and security code to separate the genuine models form the counterfeit ones.

The Indian production capacity is being managed by Xiaomi and Hipad Technology. The company plans to expand the current employee count of 500. It is currently using locally produced packaging material.