It’s been rumoured that Xioami might come with a tablet, now all the guesses confirmed, Xiaomi announced Mipad tablet in China. The Xiamoi announced 16GB and 64GB variant of tablet with a price tag of CNY 1,499 and CNY 1,699 respectively, no words about International pricing, but if we roughly translate these figures into rupees, we can expect both these variants will cost around INR 14,000 and INR 16,000 respectively. The tablet was announced at an event in Beijing by Xiaomi CEO. 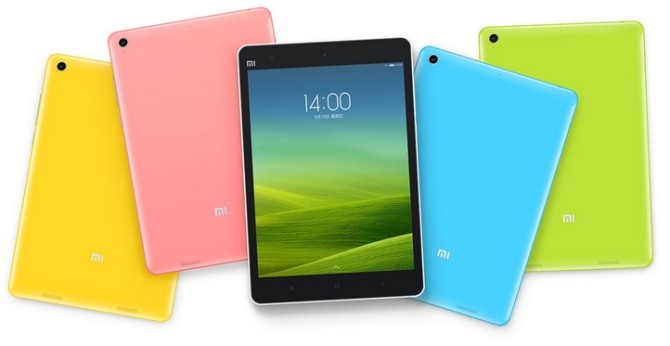 If we look at the specifications of Xiaomi Mipad, it boosts really impressive features; some of its features even compete with iPad mini too. If we look at the display of Xiaomi Mipad, it has the same sharp and bright display that iPad Mini with Retina display has, the 7.9-inch IPS Retina QXGA display comes with Corning Gorilla Glass 3 along with 2048*1536pixel resolution. The pixel density of display is 324ppi. So the display of Xiaomi Mipad is really good as we compare it to other Android tablets.

Talking about the cameras in Mipad tablet, both front and rear cameras comes with camera sensors along with f2.0 aperture. The 8-megapixel rear camera comes with a Sony BSI sensor and capable of recording full HD videos. On the other hand, the 5-megapixel front shooter comes with Omnivision sensor.

The 7.9-inch screen tablet is only 8.5mm thick along with 360grams weight. Talking about the storage of Mipad, it comes with two memories variant 16GB and 64GB. And one can expend the memory of Mipad up to 128GB via a memory card too.

The tablet comes with 6700mAh massive battery. On the connectivity front, Mipad comes with dualband Wi-Fi and latest version of Bluetooth 4.0. No words about SIM card support though.

The Xiaomi Mipad has really impressive high–end features, what I like in this tablet are, its design, processor and huge battery. The price and availability of tablet is still unknown though in Indian market, but if we consider the comment of Xiaomi’s Vice president, Hugo Barra, who was former Google Vice President too, India is favourite country for Xiaomi to launch this device after China. And as he said that they will launch it at very competitive price, then it will be a best tablet to buy these days.