If you keep a track on the popular most selling smartphones through the online retailing websites or even the nearby selling shops you might be aware of the budget smartphone XOLO A500S. First of all, Lava and Xolo are two independent firms just like Micromax, and other budget handset manufacturers. Xolo launched this budget Android smartphone in August this year at a very decent price of Rs. 6,999. 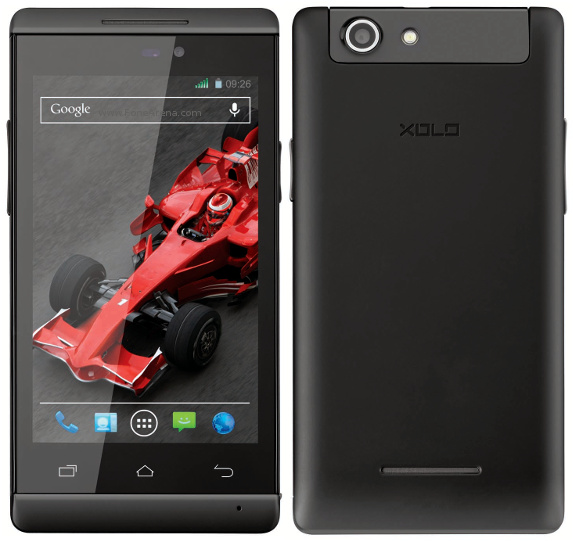 The first thing which one can judge anything is by its looks and design. Xolo A500S has a very good design and build quality. The matte finish at the back feels good in hands. For a low price smartphone this build is the best one can expect and the company can offer. To know more about the device we have a video which can be watched below.

XOLO A500S has a 4.0-inch display which feels smaller as compared to the increasing screen size nowadays as seen on different phablets. Xolo A500S as I said earlier is a budget smartphone and it features the specifications in accordance to the price. The display on the device is decent with average viewing angles. You might have seen better but its fine.

Rear Camera on the Xolo A500S is 5MP shooter with a LED flash and autofocus capability. It comes with different shooting modes like the panaroma, etc. On the front we have a VGA camera giving users the facility of video chats. The camera UI is the standard Android UI to add more features and to handle the camera better you can install some other applications as we know that the default app lacks in functionality.

Xolo A500S packs a 1.2GHz dual-core MT 6572W MediaTek processor with 512MB of RAM and a Mali-400 MP GPU for boosting graphics. It has 4GB of internal memory with the option to expand it further up to 32GB via microSD card. It supports Wifi, Hotspot, Bluetooth, Micro USB Connectivity and GPS for navigation or location tracking apps. Xolo A500S has dual SIM standby support. It runs on a 1400 mAh battery which can run the specifications for 15-18 hours on moderate usage.

XOLO A500S runs on Android 4.2 Jelly Bean mobile operating system with the same vanilla rom UI as shipped by Google. It has not done any customizations but have some applications bundled with the device.

XOLO A500S comes for Rs. 6,499 in India from leading retail stores and factory outlets across the country and even from the online e-commerce sites and is available in four color options – Black, Blue, Red & White.

Alike every other budget Android player, XOLO too came out with a dual core Android 4.2 Jelly Bean smartphone based on MediaTek chipset for approximately the same price as others. MediaTek has really revolutionized the market to provide such low costs handsets which are capable enough to run the latest Android operating system. There are different segments of smartphones varying from high budget to low budget. This Xolo A500S targets the low cost segment and accompanied with decent looks and specifications. Xolo A500S can be compared to the Gionee Pioneer P2 as they come with roughly the same specifications and price. We have actually done a comparison which will be out very soon which will give more details in comparison. Xolo A500S is quite popular and in demand that’s why we see it out of stock most of the times but if you ask about the phone in general, we shall give it the rating value for money.