Verizon-owned company Yahoo is going to close down its instant messaging app Yahoo Messenger on 17th July 2018. Users will be redirected to the company’s new group chat app Squirrel. 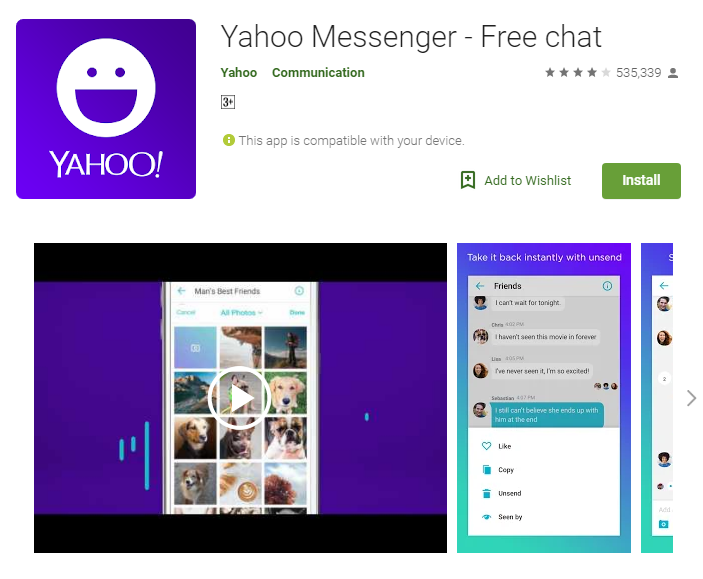 According to The Next Web, Yahoo Messenger users will be given a duration of six months to download their chat history.

Squirrel has been in the beta-testing process since May 2018. It will be rolled out officially when Yahoo Messenger is shut down. People can use the app on beta access basis currently.

Yahoo Messenger was launched in 1998. It was pretty popular in India. It began to face a decline towards the latter half of the 21st century. This happened due to the rise of Google Hangouts, WhatsApp, Facebook etc.

The company had already tried to regain the popularity of the service. Yahoo updated Messenger’s Android and iOS apps, other than the web version in December 2017.

Messaging platform WhatsApp has launched a lot of new features recently. This has been done to improve user experience. Now the company has released a new feature for both Android and iOS smartphone users, called Predicted Upload. It makes it easier and faster for people to send and upload images to their contacts.

The Predicted Upload feature was first revealed by WABetaInfo.

Predicted Upload will start uploading an image to the server in advance. it predicts photos that an individual will probably send. When a user will select photos to send, he or she will be given an option to edit the pictures in WhatsApp, where they will have the ability to add effects to the images before sending them.

The company has also begun to roll out group audio calls feature for iPhone users. WhatsApp group audio call feature will facilitate users to make calls to multiple contacts through the app. Moreover, for Android users, the app has introduced a ‘Select All’ feature which lets a user mark all the new messages as archived or read in a single tap.